The theory of taking discrete sample values (grid of color pixels) from functions defined over continuous domains (incident radiance defined over the film plane) and then using those samples to reconstruct new functions that are similar to the original (reconstruction).

Sampling Theorem: bandlimited signal can be reconstructed exactly if it is sampled at a rate atleast twice the maximum frequency component in it."

Consider a signal g(t) that is bandlimited.

The maximum frequency component of g(t) is fm. To recover the signal g(t) exactly from its samples it has to be sampled ata rate fs _ 2fm. The minimum required sampling rate fs = 2fm is called nyquist rate

Aliasing is a phenomenon where the high frequency components of the sampled signal interfere with each other because of inadequate sampling ωs< 2ωm. Aliasing 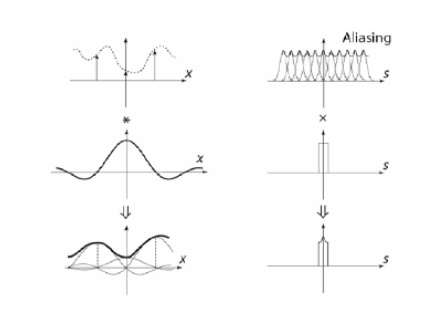 Aliasing leads to distortion in recovered signal. This is the reason why sampling frequency should be atleast twice the bandwidth of the signal.

Anti aliasing filter is a filter which is used before a signal sampler, to restrict the

bandwidth of a signal to approximately satisfy the sampling theorem. The potential defectors are all the frequency components beyond fs/2 Hz. We should have to eliminate these components from x(t) before sampling x(t). As a result of this we lose only the components beyond the folding frequency fs/2 Hz. These frequency components cannot reappear to corrupt the components with frequencies below the folding frequency. This suppression of higher frequencies can be accomplished by an ideal filter of bandwidth fs/2 Hz. This filter is called the anti-aliasing filter. The anti aliasing operation must be performed before the signal is sampled. The anti aliasing filter, being an ideal filter is unrealizable. In practice, we use a steep cutoff filter, which leaves a sharply attenuated residual spectrum beyond the folding frequency fs/2.

In mathematics, the discrete-time Fourier transform (DTFT) is one of the specific

forms of Fourier analysis. As such, it transforms one function into another, which is called the frequency domain representation, or simply the "DTFT", of the original function (which is often a function in the time-domain). But the DTFT requires an input function that is discrete. Such inputs are often created by sampling a continuous function, like a person's voice. 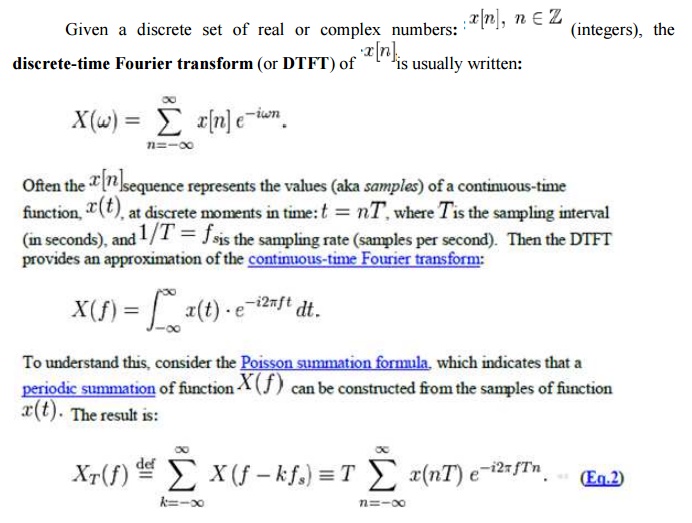 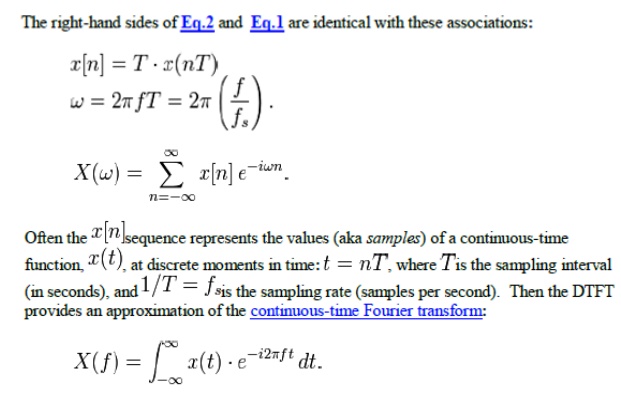 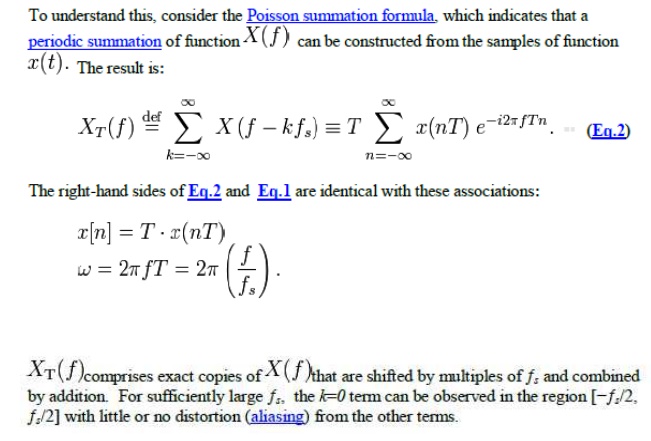 The integrals span one full period of the DTFT, which means that the x[n] samples are also the coefficients of a Fourier series expansion of the DTFT.

Infinite limits of integration change the transform into a continuous-time Fourier transform [inverse], which produces a sequence of Dirac impulses. That is: 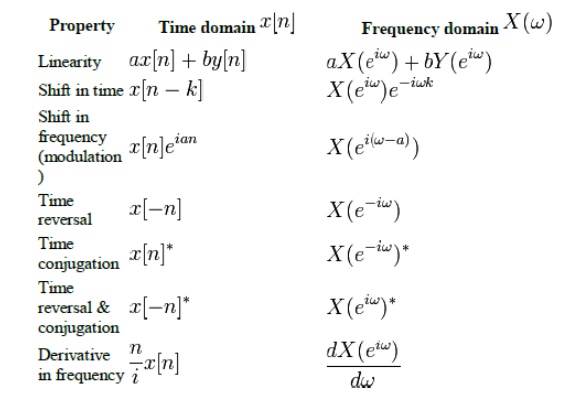 The Fourier Transform can be decomposed into a real and imaginary part or into an even and odd part.

Definition: The Z – transform of a discrete-time signal  x(n) is defined as the power series:

where z is a complex variable. The above given relations are sometimes called the direct Z-transform because they transform the time-domain signal x(n)into its complex-plane representation X(z). Since Z – transform is an infinite power series, it exists only for those values of z for which this series converges.

The region of convergence of X(z) is the set of all values of z for which X(z) attains a finite value. 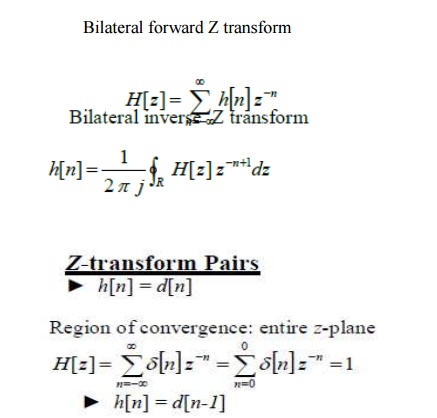 Using the definition requires a contour integration in the complex z-plane.

Fortunately, we tend to be interested in only a few basic signals (pulse, step, etc.) Virtually all of the signals we’ll see can be built up from these basic signals. 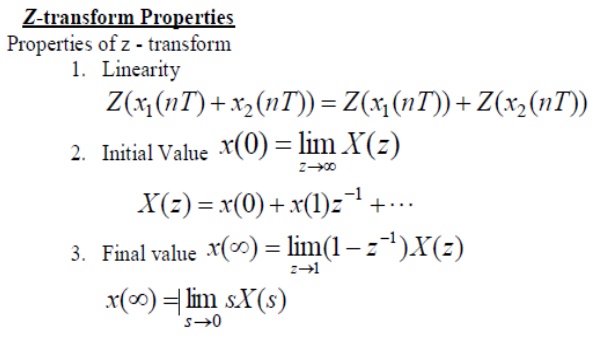