Karkuyil and Kayalvizhi are sisters. Their mother asked them to arrange their cupboards. Karkuyil arranged her cupboard within 10 minutes while Kayalvizhi could not arrange them. When Kayalvizhi asked Karkuyil about this, she told her that she had split the task of arranging the cupboards in two smaller tasks namely,

1. Sorting the things and

2. Keeping the things in shelves 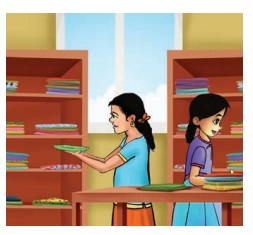 Karkuyuil could complete the work in less time and easily also.

Mugilan is the secretary of the Math club in his school. The principal of the school has announced for a quiz competition and Mugilan is given the incharge of arranging for the competition. 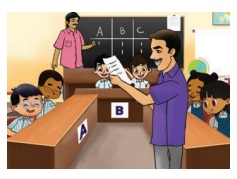 Write the tasks to be done by Mugilan.

Let us split the task of multiplying 2 three digit numbers into the following steps.

Multiplying 2 three digit numbers can be done easily if we do it step by step.

Step 1 − Multiplying the ones digit with the first number

Step 2 − Multiplying the tens digit with the number

Step 3 − Multiplying the hundreds digit with the first number

Step 4 − Add all the results of step 1, step 2 and step 3 to find the multiplication of 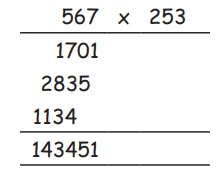