A Pick and Place Robot 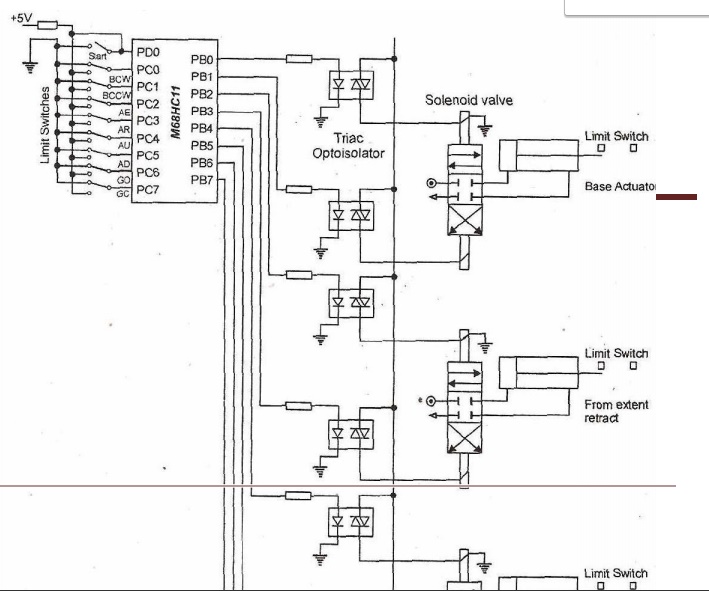 The robot has three axes and about these three axes only motion occurs.

A Pick and Place Robot: 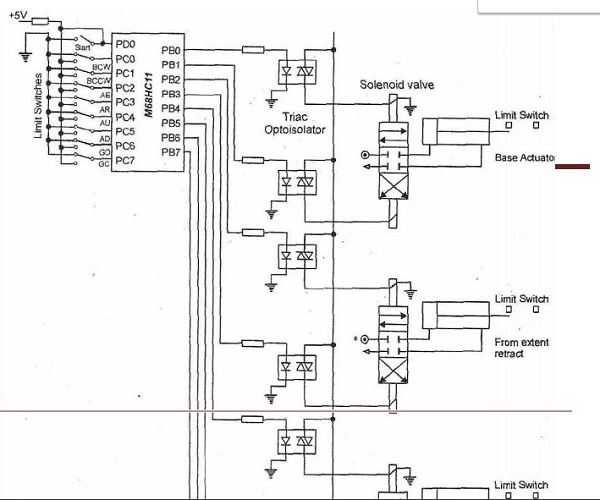 The robot has three axes and about these three axes only motion occurs.

The following movements are required for this robot

Horizontal Linear movement of the arm to extend or contraction

Up and down movement of the arm and

Open or close movement of the gripper

The above movements are accomplished by the use of pneumatic cylinders operated by solenoid controlled values with limit switches.

The limit switches are used to indicate when a motion is completed.

The clockwise rotation of the robot unit can be obtained from a piston and cylinder arrangement during its extension and that of counter clockwise during its retraction.

The upward and downward movement of the arm can be obtained from a piston and cylinder arrangement during the extension and retraction of a piston respectively.

Similarly, the gripper can be opened or closed by the piston in a linear cylinder during its extension.

A software program is used to control the robot.

Also one line from port D is used to start or stop the robot operation.

signal), to the port lines.

So the two positions of a switch will provide either a logic high or logic low to the corresponding PC0 – PC7, and PD, lines.

Eight part B lines (PB0 – PB7) are used to control eight different movement. These are Base CW, Base CEW, Arm extends, Arm retract, Arm up, Arm down Gripper close and

Gripper open of the robot.

PB0, is connected to the Triacoptoisolator through a resistor.

For example, when the base has to rotate in clockwise direction, a high signal is sent through line PB0

The diode is forward biased and the TRIAC optoisolation operates, regulating the supply to the solenoid value which in turn operated the piston rod of the pneumatic cylinder.