The Little Hero of Holland

This is a true story of a little boy with a brave heart and passionate love for his village. Read on the story to find what the little hero of Holland did to save his fellowmen.

The Little Hero of Holland

This is a true story of a little boy with a brave heart and passionate love for his village. Read on the story to find what the little hero of Holland did to save his fellowmen.

Holland is a country where much of the land lies below sea level. Only great walls called dikes keep the North Sea from rushing in and flooding the land. For centuries the people of Holland have worked to keep the walls strong so that their country will be safe and dry. Even the little children know the dikes must be watched every moment, and that a hole no longer than your finger can be a very dangerous thing.

Many years ago there lived in Holland a boy named Peter. Peter’s father was one of the men who tended the gates in the dikes, called sluices. He opened and closed the sluices so that ships could pass out of Holland’s canals into the great sea.

One afternoon in the early fall, when Peter was eight years old, his mother called him from his play. “Come, Peter,” she said. “I want you to go across the dike and take these cakes to your friend, the blind man. If you go quickly, and do not stop to play, you will be home again before dark.”

The little boy was glad to go on such an errand, and started off with a light heart. He stayed with the poor blind man a little while to tell him about his walk along the dike and about the sun and the flowers and the ships far out at sea. Then he remembered his mother’s wish that he should return before dark and, bidding his friend goodbye, he set out for home. 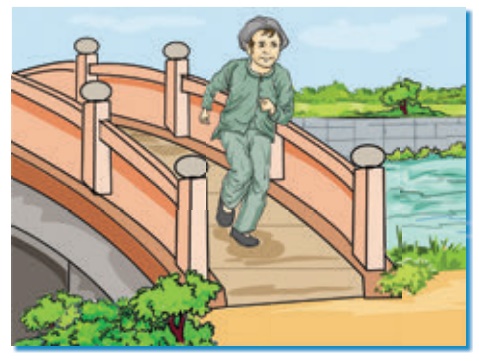 As he walked beside the canal, he noticed how the rains had swollen the waters, and how they beat against the side of the dike, and he thought of his father’s gates.

“I am glad they are so strong,” he said to himself. “If they gave way what would become of us? These pretty fields would be covered with water. Father always calls them the `angry waters.´ I suppose he thinks they are angry at him for keeping them out so long.”

As he walked along he sometimes stopped to pick the pretty blue flowers that grew beside the road, or to listen to the rabbits´soft tread as they rustled through the grass. But oftener he smiled as he thought of his visit to the poor blind man who had so few pleasures and was always so glad to see him.

Suddenly he noticed that the sun was setting, and that it was growing dark. “Mother will be watching for me,” he thought, and he began to run toward home.

Just then he heard a noise. It was the sound of trickling water! He stopped and looked down. There was a small hole in the dike, through which a tiny stream was flowing,

Any child in Holland is frightened at the thought of a leak in the dike.

Peter understood the danger at once. If the water ran through a little hole it would soon make a larger one, and the whole country would be flooded. In a moment he saw what he must do. Throwing away his flowers, he climbed down the side of the dike and thrust his finger into the tiny hole.

The flowing of the water was stopped!

“Oho!” he said to himself. “The angry waters must stay back now. I can keep them back with my finger. Holland shall not be drowned while I am here.”

This was all very well at first, but soon it grew dark and cold. The little fellow shouted and screamed. “Come here; come here, ” he called. But no one heard him; no one came to help him.

It grew still colder, and his arm ached, and began to grow stiff and numb.

He shouted again. “Will no one come? Mother! Mother!”

But his mother had looked anxiously along the dike road many times since sunset for her little boy, and now she had closed and locked the cottage door, thinking that Peter was spending the night with his blind friend, and that she would scold him in the morning for staying away from home without permission. Peter tried to whistle, but his teeth chattered with the cold. He thought of his brother and sister in their warm beds, and of his dear father and mother. “I must not let them be drowned,” he thought. “I must stay here until someone comes, if I have to stay all night.”

The moon and stars looked down on the child crouching on a stone on the side of the dike. His head was bent, and his eyes were closed, but he was not asleep, for every now and then he rubbed the hand that was holding back the angry sea.

“I’ll stand it somehow,” he thought. So he stayed there all night keeping the sea out. 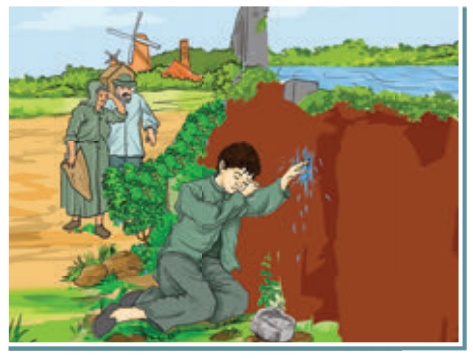 Early the next morning a man going to work thought he heard a groan as he walked along the top of the dike. Looking over the edge, he saw a child clinging to the side of the great wall.

“I’m keeping the water back!” Peter yelled. “Tell them to come quickly!”

The alarm was spread. People came running with shovels and the hole was soon mended.

They carried Peter home to his parents, and before long the whole town knew how he had saved their lives that night. To this day, they have never forgotten the brave little hero of Holland.

Mary Mapes Dodge (1831–1905) was an American children's author and editor, best known for her novel Hans Brinker. She was the recognized leader in juvenile literature for almost a third of the nineteenth century. Dodge conducted St. Nicholas for more than thirty years, and it became one of the most successful magazines for children. She was able to persuade many of the great writers of the world to contribute to her children's magazine – Mark Twain, Louisa May Alcott, Robert Louis Stevenson, Tennyson etc. 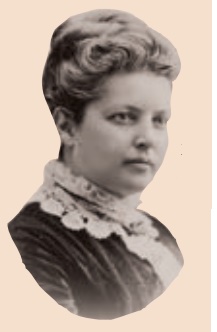