The resisting force of (R) of a supersonic flight can be considered as dependent upon the length of aircraft 'l', velocity 'V', air viscosity '?', air density '?', and bulk modulus of air 'k'. Express the functional relationship between these variables and the resisting force.

Step 2.  Assume l, V and ? to be the repeating variables. 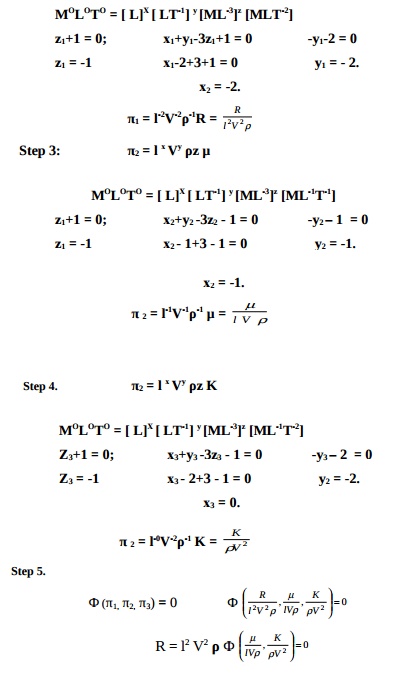 A Ship is 300m long moves in seawater, whose density is 1030 kg/m3, A 1:100 model of this to be tested in a wind tunnel. The velocity of air in the wind tunnel around the model is 30m/s and the resistance of the model is 60N. Determine the velocity of ship in seawater and also the resistance of the ship in sea water. The density of air is given as 1.24 kg/m3. Take the Kinematic viscosity of seawater and air as 0.012 stokes and 0.018 stokes respectively. 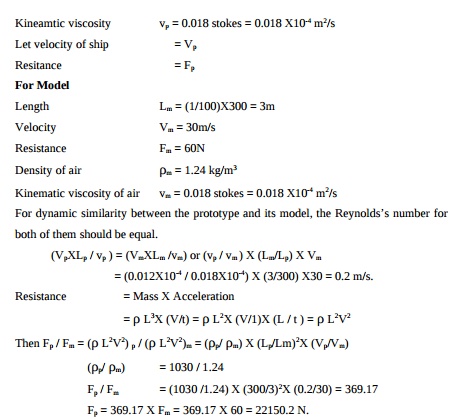 A 7.2 m height and 15m long spill way discharges 94 m3/s discharge under a head of 2.0m. If a 1:9 scale model of this spillway is to be constructed, determine model dimensions, head over spillway model and the model discharge. If model experience a force of 7500N (764.53Kgf), determine force on the prototype. 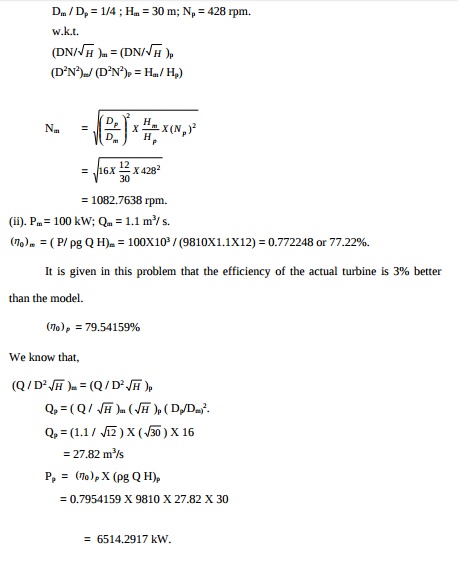