You will learn about * Different modes of transport * Road safety

Shakthi, his father, mother and sisters Kayal and Kavitha lived in Trichy.

They planned to go on a tour of Chennai for their holidays.

They had to reach the railway station to board the train.

Shakthi: “How are we going to the station?

Vehicles on the Roadways 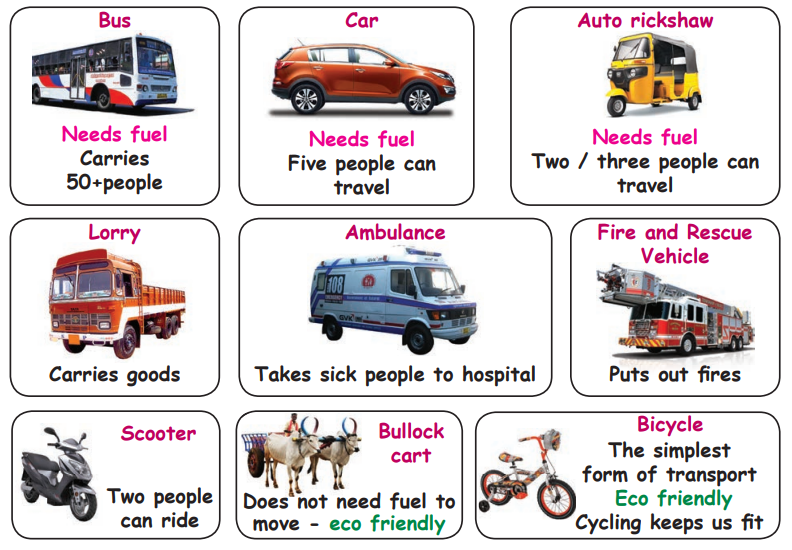 * Which vehicle should Shakthi‛s family choose to reach the railway station? Discuss the answer and write it here. Auto

We know that smoke from vehicles makes the air dirty. Can you name some vehicles that do not give out smoke? Answer: Bullock cart, Bicycle

Tick (  ✔) the slowest vehicle. Discuss why it is slow.

Cycle works by our physical force. But remaining two works by machine.

Shakthi and his family reached the railway station. They saw the vendors selling food and magazines, the station master waving a flag, porters loading the parcels and many kinds of trains. Kayal said, ”What a busy place the station is!” 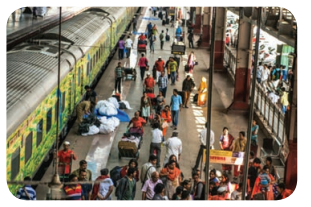 Mother replied “Yes, it's because the trains carry many people from place to place in a short time".

Passenger train: Stops at all stations

Used within and between cities 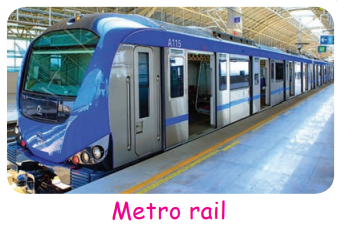 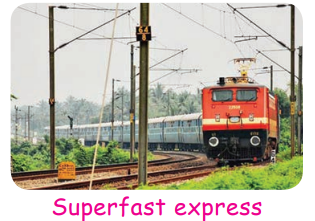 Some trains use coal or diesel as fuel to move; therefore they give out smoke. Electric trains are smokeless. Trains move on tracks.

Shakthi and his family boarded their train and reached Chennai.

Can you identify the kind of train that Shakthi and his family chose to reach Chennai? Super fast express

a. The passenger train stops at all stations.

b. The good train carries goods.

Shakthi and his family took a tour around Chennai. They visited the harbour.

Shakthi: “There are so many boats”. 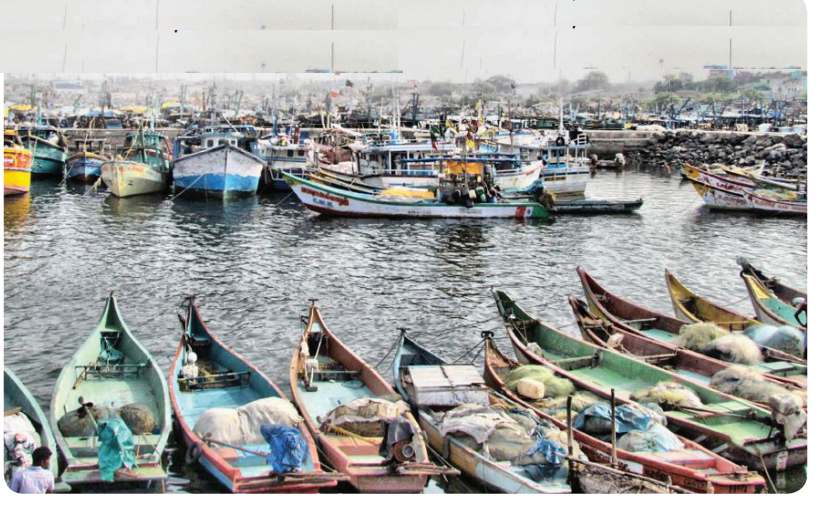 Mother: “The smaller ones are called boats and the bigger ones are the ships. Ships carry a large number of people and goods from one country to another".

Do vehicles that move on water have any wheels? How do they move?

Vehicles on the Waterways 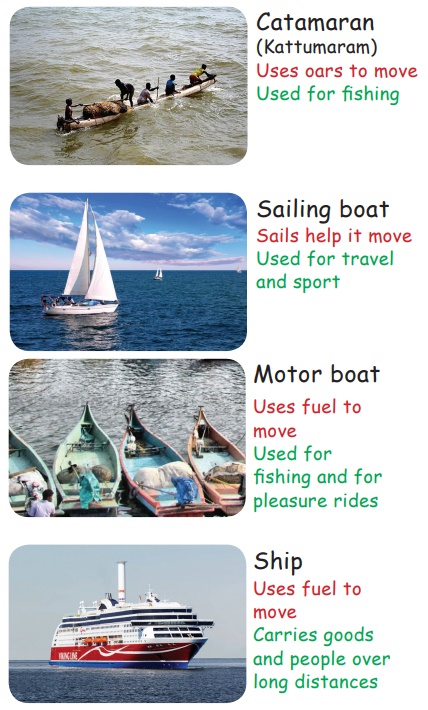 The coracle is used to travel on lakes and rivers for short distances. It can carry five to six people. 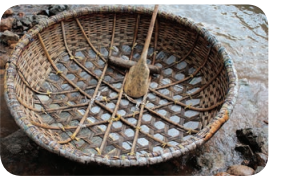 The children played on the sea shore.

Kavitha “What a lovely visit”

Write the names of the vehicles.

The vacation was coming to an end. The family reached the Chennai Airport as they were flying back to Trichy. Shakthi, Kavitha and Kayal were really excited to see the aeroplanes.

Kayal: “Look at the planes landing and taking off. I want to be a pilot Appa”.

Father: “Sure, you can. Observe the speed at which the aeroplanes are moving. They are the fastest means of transport".

Shakthi: “Does the aeroplane use fuel too?” 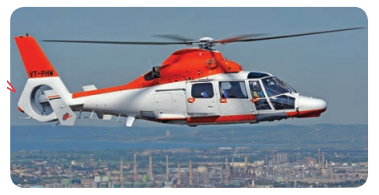 This is a helicopter. It can carry a few people. It is used by the army to save lives and bring supplies during floods and other difficulties. 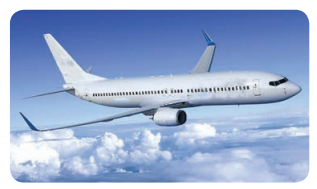 This is an aeroplane. People use aeroplanes to go from one city or country to another. It also carries goods. 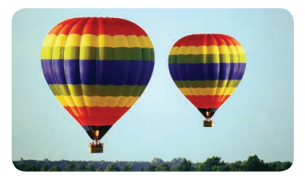 These are hot-air balloons. They are used to tell us about the weather, for advertisements and as a sport.

Have you seen white lines like these in the sky? What are they? 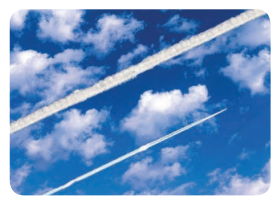 Tick (✓) the vehicles that move in the air. 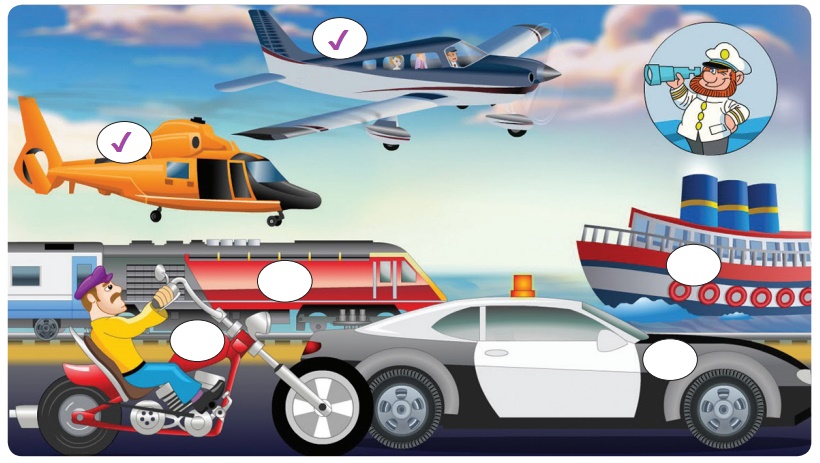 Have you seen this symbol?

Discuss it with your teacher.

Always use the foot path for walking.

If there is no foot path, make sure that the road is to your right. 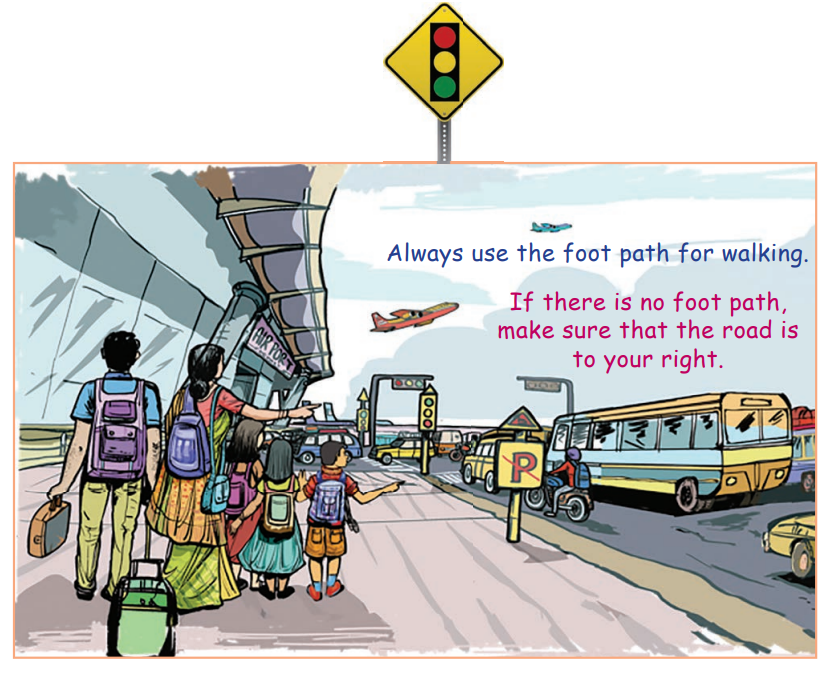 While riding a motor cycle, wear a helmet. 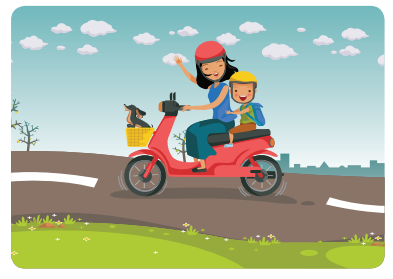 While driving a car, use the seat belt. 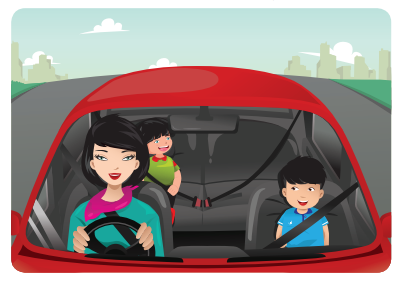 Do not run across the road. 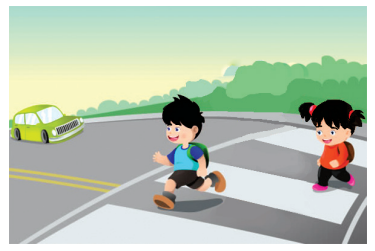 Never go alone on the road. Always go with an elder. 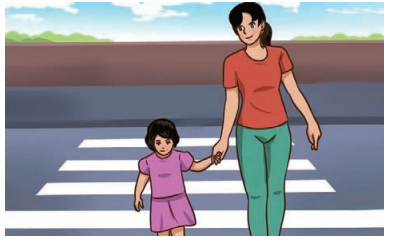 Use the foot over bridge or subway to cross the road. If there are none, use the pedestrian crossing (Zebra crossing). 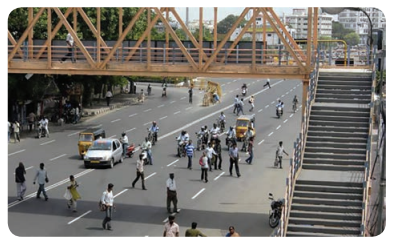 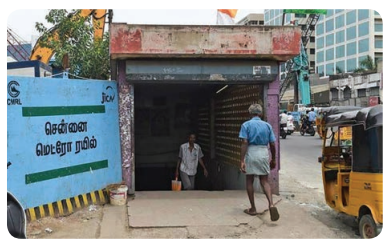 Cross when the traffic symbol of a person walking turns green. 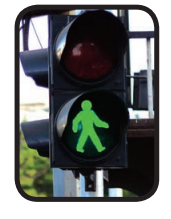 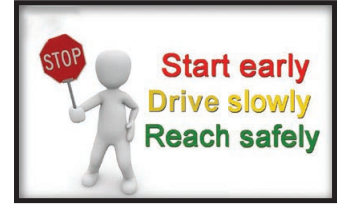 At some places, the road and the train track meet. It is called a level crossing. Never try to cross it when the gates are closed. 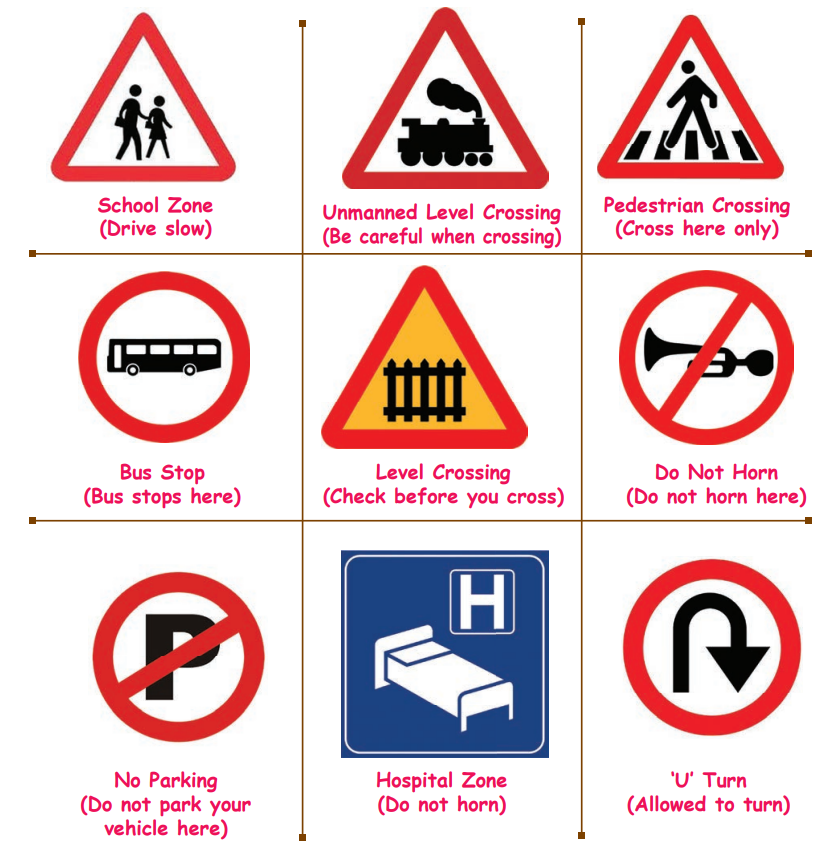 Choose and write the correct answer.