G. Based on your understanding of the play , choose the correct answer and fill in the blanks.

b)    the bridges between home and the town were under water.

c)     it rained heavily and the snow was melting.

d)    the maintenance was poor.

a)     the power house was out of commission.

b)    the power house was flooded.

5. Why did they splint up Sara’s leg with pillows?

b)    She had broken her leg below the knee.

H. Match the following by drawing a line across column A and B. 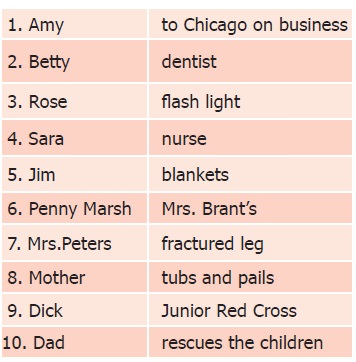 I. Based on your reading, answer the following in two or three sentences each.

4.     According to Jim what are the two things that a person should remember in times of emergency?

J. Based on your understanding of the text, answer the following in about 3 to 4 sentences each.

1.     Describe the ‘home alone’ experience of the children.

3.     How did Jim prove himself as a good rescuer in the flood situation?

4.     Briefly narrate the happenings of the play in Scene II.

a)     How did Amy manage the situation at home?

c)     How did the Marshal save the children?

You are one of the survivors of an earthquake that has affected your city a lot. Share the trauma you underwent and what helped you to sail through it. Give a talk for two minutes.

K. Using a dictionary, find out the synonyms and the antonyms of the words given below. One has been done for you. 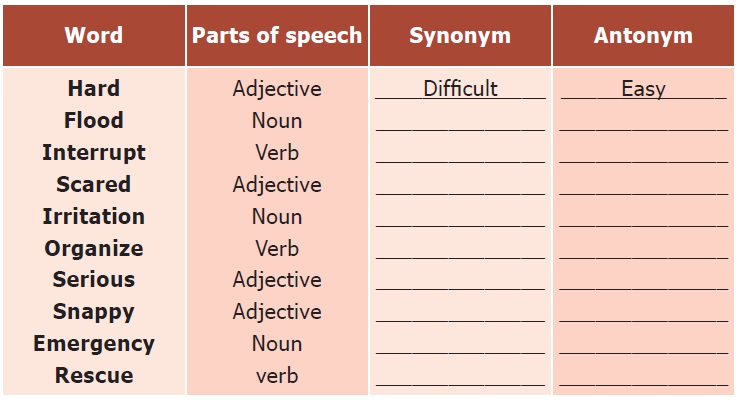