A. Based on your understanding of the story, indicate either ‘T’ (True) or ‘F’( False) against the columns. 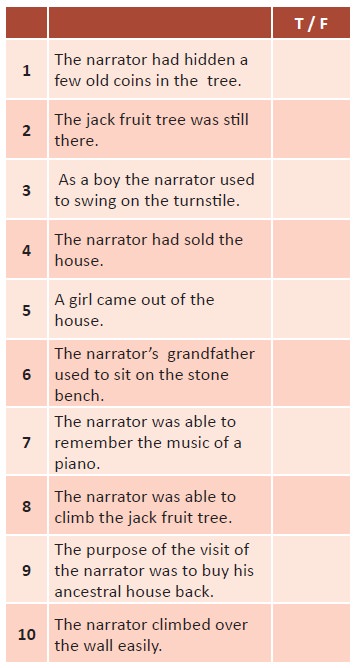 B. Based on your understanding of the story, answer the following questions by choosing the correct answer.

i. The story I Can’t Climb Trees Anymore highlights the importance of ________

iii. Who said, “A blessing rests on the house where the shadow of a tree falls”?

a)     wanted to see the jackfruit tree.

b)    Was looking for his lost youth.

c)     wanted to look again at his old house

C. Answer the following questions in a sentence or two.

1.     Explain:“Blessings rest on the house where the shadow of a tree falls.”

2.     What did the writer observe about the house?

3.     What was the local superstition about trees?

5.     What did the Narrator do with the turnstile when he was a boy?

D. Match the words in column A with the meanings in column B by drawing a line as shown. 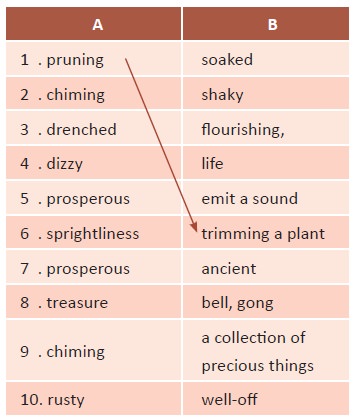 E. Read these shortened forms of words and write the fullform for the remaining words and complete the table given below. 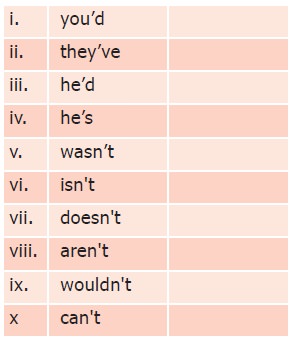 When I was a young girl

We used to play

Out in the field

Of flowers all day.

There were roses and daisies

We used to trade them,

Saying from me to you.

At lunchtime we’d have

A picnic in the field.

We’d go get the basket

And eat a good meal.

There were muffins and chocolates

We would even get

Oh, the life of the young ones

Was such a beautiful phase.

We would look at the field

F. Now choose the correct option and put a tick mark (✓) above it.

1. The poet used to play in the house when she was young / lazy.

2. The flowers mentioned in the poem are roses / holly hocks.

4. Muffins /grapes were the favourite food of the poet.

5. Life was beautiful / happy when the poet was young.

6. There was plenty of time to gaze / walk in the field.