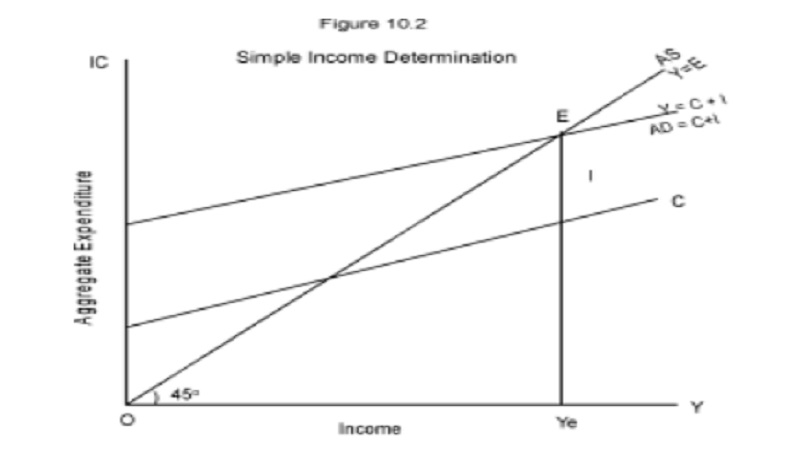 Keynes gives three motives for the liquidity preference of the people. They are 1. Transaction motive 2. Precautionary motive and 3. Speculative motive

In order to carry on day-to-day transactions, people prefer to keep cash. It is governed by the transaction motive. To meet unforeseen expenditure like sudden medical expenses, people hold cash. It is determined by precautionary motive. To take advantage of market movements of prices of bonds, shares, etc. people keep cash and in this case the speculative motive determines their cash holdings. 'Speculative motive refers to the object of securing profit from knowing better than the market what the future will bring forth' (Keynes).

According to Keynes, the liquidity preference is more stable as it depends on human habits which remain same. Liquidity preference relates to the demand for money. It is important to note that it influences the demand side in determining the price of capital . The other side is the supply of money which depends on government monetary policy, and credit creation by commercial banks.

Keynes made the following assumption to explain income determination in a simple way.

Government influence on the economy is nil. In other words government expenditure ( G ) is zero. As there is no taxation, all personal income will become disposable income.

3.        There are unemployed resources and hence less than full employment equilibrium prevails.

5.        Investment is autonomous and it has no effect on price level or rate of interest.

Aggregate supply is the total value of all commodities that the firms intend to supply (produce). This purely depends on available technology, resources (material and human), efficiency of labour, etc. Most of these factors change only in the long run and remain constant in the short run. As the aggregate supply curve represents equality of total income and output, the 45-degree line is drawn from the origin representing AS curve. The 45-degree line divides the quadrant into two equal halves with equal distance from the two axes. Every point on the line indicates equal amount of income, output and expenditure ( Y = E ). The importance of this is that if any other line intersects the 45-degree line, the point of intersection will show an equal amount of income, output and expenditure.

We have dealt with the immediate determinants of income and employment namely, consumption spending and investment spending (C+I). Among them autonomous consumption and investment are not related to income. The ultimate determinant of income and employment is the multiplier. Any increase in investment increases income manifold due to multiplier effect. Thus the concept of multiplier expresses the relationship between an initial investment and the final increment in the GNP. That is, the magnified or amplified effect of initial investment on income is called as the multiplier effect. It is measured by the ratio of change in equilibrium income to change in expenditure.

Thus, K is the co-efficient that shows the number of times at which income increased due to increase in investment. K can also be calculated by another way.

where MPS = marginal propensity to save

where MPC = marginal propensity to consume.

We have discussed the simple income determination only with two kinds of expenditure. One is consumption expenditure (C) to produce consumer goods. Second is investment expenditure (I) to produce capital goods. The third component is the public expenditure (G) made by government. It is made to produce public goods like literacy, public health, child nutrition, social welfare and many more for the collective well-being of the society.

The classical economists held the view that government was unproductive. Keynes rejected their idea and argued that government activities (taxing and spending) strongly influence the level of economy. Taxation and public spending can be used to achieve macro goals like growth and economic stability. Such usage is called fiscal policy.

Many countries have adopted his policy suggestions and recovered from the Great Depression of 1930s. Since then the role of government and fiscal policy became important in macroeconomic management.

According to the theory of multiplier, the increase in investment generates manifold increase in income. Such increases in income increases consumption. The initial increase in demand automatically gathers momentum. The available productive capacities will be exhausted fully. This in turn encourages more investment to meet the expanding demand.

Thus the level of investment depends upon the rate of change in income and the resultant change in consumption. This is what called as the principle of accelerator. According to this principle, net investment is positively related to changes in income.