Poem: Once Upon A Time

English Poem: Once Upon A Time by Gabriel Okara.

Once Upon A Time

Children acquire important life skills and values by observing and imitating grown- ups like parents or teachers. Can it be the other way round? Now, you are going to listen to the poem ‘Once Upon a Time’, where a parent wants to learn something from the son. Let’s find out how.

Once upon a time, son

They used to laugh with their hearts

And laugh with their eyes:

But now they only laugh with their teeth

Search behind my shadow.

There was a time indeed

They used to shake hands with their hearts But that’s gone, son

Now they shake hands without hearts

While their left hands search

“Feel at home!”, “Come again”: They say, and when I come Again and feel

At home, once, twice

There will be no thrice -

For then I find doors shut on me.

So I have learnt many things, son

I have learned to wear many faces

Cocktail face, with all their conforming smiles

And I have learned too

To laugh with only my teeth

And shake hands without my heart

I have also learned to say “Goodbye”

To say “Glad to meet you”

Without being glad; and to say “It’s been

Nice talking to you”, after being bored.

But believe me, son

I want to be what I used to be

To unlearn all these muting things

Most of all, I want to relearn

How to laugh, for my laugh in the mirror

Shows only my teeth like a snake’s bare fangs!

So show me, son

How to laugh; show me how

I used to laugh and smile

Once upon a time when I was like you. 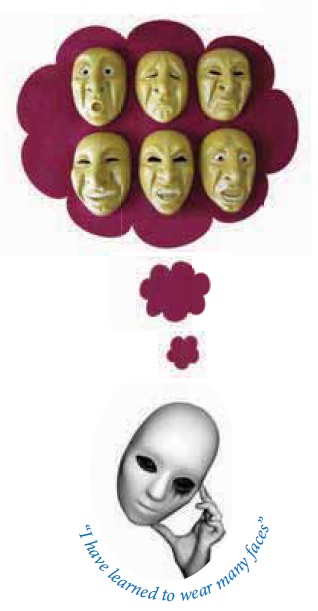 Gabriel Okara (born 1921) is a Nigerian poet and novelist. His verse has been translated into several languages. His poem The Call of the River Nun won the best award for Literature at the Nigerian Festival of Arts in 1953. Some of his poems were published in the influential periodical Black Orpheus, and by 1960 he established himself as an accomplished writer. He was honoured with the Commonwealth Poetry Award. Okara’s typical poem transits from everyday reality to moments of delight and moves back to reality, making a complete circle. Okara infused African thought, folklore, and imagery into both his verse and prose. His first novel, The Voice, is an outstanding linguistic experiment. His later works include a collection of poems The Fisherman’s Invocation (1978) and two books for children, Little Snake and Little Frog (1981) and An Adventure to Juju Island (1992).