Paralysis can occur due to obstruction in the blood circulation in the main arteries supplying blood to the brain.

Stroke is a very common disease in our country. Stroke is the major cause of death after heart attack, cancer and road accidents. It is really sad and surprising that there is very little awareness among the general public regarding this disease.

Like heart attack, knowledge of the risk factors can prevent the occurrence of the disease in majority of cases. If the warning signs are identified in time, immediate safety measures can be taken easily, so that in future any major stroke can be averted. After a stroke it is essential that immediate diagnosis and correct treatment be given to prevent permanent disabilities. This will be beneficial socially, personally, financially, family wise and nationally. This is the main aim behind providing detailed information of paralysis (brain stroke) in this chapter.

Paralysis can occur due to obstruction in the blood circulation in the main arteries supplying blood to the brain. 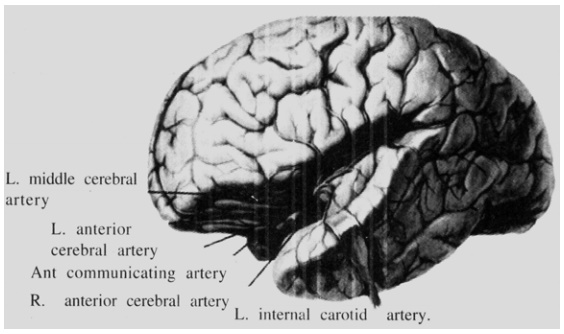 The high fat and sweet diet pattern, sedentary lifestyle, lack of exercise, excessive fat deposition on the abdominal area, hereditary (racial) causes, excessive lipids in the bloodall these are the reasons why Indians and among them particularly the people of Gujarat are more susceptible to heart attacks and stroke.

Stroke means sudden paralysis of the right or left sideof the body. During stroke, sometimes the ability of speech, comprehension and/or sight can also get affected. Due to the obstruction of some of the arteries of the brain, the blood circulation is affected leading to reduced nutrition and oxygen to brain cells, which hampers the normal working of these brain cells leading to a stroke.

Some fortunate people get a transient paralytic attack, which is completely cured within 24 hours. In medical terminology this is known as TIA (Transient Ischemic Attack). In 30% of these kind of patients there is a possibility of getting a bigger stroke attack in next five years. Thus, this serves as a warning for such patients to take good care of themselves in order to avoid future strokes. 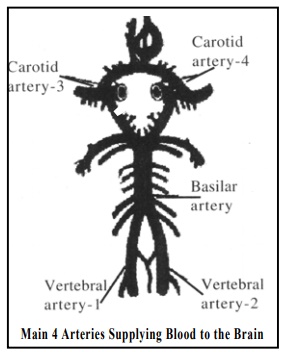 If there is a constriction or obstruction in the main artery supplying blood to the brain due to a clot, the circulation of blood in the brain is hampered. If the heart stops beating for some minutes, then the brain suffers damage. Sometimes thrombosis of blood in the veins can also cause paralysis.

With advancing age the inner lining of the damaged arteries thickens causing an obstruction or reduction in the blood flow. Such a condition is known as Arteriosclerosis.

Thus cells of the brain can be damaged in two ways. Increase of lipids in the blood can cause thickening of blood and a local clot formed resulting inThrombosis, or a clot from the heart or any other part of the body may travel to the arteries of the brain, obstructing blood supply to the brain. This is known as Embolism. In 20% of the cases rupture of a blood vessel due to high blood pressure or any other reason, causes paralysis. This condition is called Brain Hemorrhage.

Symptoms similar to stroke can also occur in other diseases like infections of brain, brain tumor, lymphomas, multiple sclerosis, hysteria, head injuries etc...In these cases there may be paralysis of one or both sides. This paralysis is different from stroke and other associated symptoms can usually help in differential diagnosis.

Risk factors responsible for occurrence of a stroke are as under :

Many of the above mentioned risk factors are common to heart disease and stroke. These factors can be effectively controlled by regular treatment and preventive measures.

People beyond the age of 40, need regular medical examinations If any of the family member has suffered from a heart disease or a stroke, it is necessary for the other members to take extra precautions.

There are some of less-known but potential factors, which may cause a stroke. Presence of infectious disease in the body, electrolyte imbalance (Sodium-Potassium), lowhemoglobin levels, environment, hardness of water etc. may be some of the reasons for stroke, but they are not yet accepted universally.

It should also be noted that 40% of the patients of stroke have no apparent and visible risk factors worth accounting for the stroke.