Meaning and forms of Liberalization

Liberalization refers to laws or rules being liberalized, or relaxed, by a government.

Meaning and forms of Liberalization 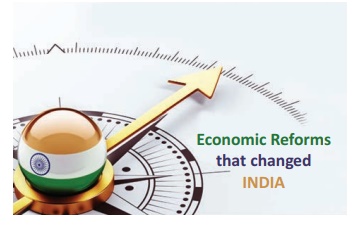 Liberalization refers to laws or rules being liberalized, or relaxed, by a government. Liberalization means relaxation of various government restrictions in the areas of social and economic policies in order to make economies free to enter in the market and establish their venture in the country. Liberalizing trade policy by the government includes removal of tariff, subsidies and other restrictions on the flow of goods and services between countries. Liberalization is the result of New Industrial Policy which abolished the "License system" or “Licence Raj”.

The government of India has adopted several measures of liberalization. Some of these measures are as under:

Those Six non-liberalised industries were drugs and pharmaceuticals, hazardous chemicals, explosives, tobacco products, alcoholic drinks, and electronic, aerospace and defence equipment. Currently, only five industries are under compulsory licensing. Drugs and Pharmaceuticals industry has been liberalised.

(b) Freedom for expansion and production to industries: Earlier government used to fix the maximum limit of production capacity. Now the industries are free to decide their production limits by their own on the basis of the requirement of the markets.

(d) Foreign Exchange reforms: The first important reform in the external sector was made in the foreign exchange market. In 1991, as an immediate measure to resolve the balance of payments crisis, the rupee was devalued against foreign currencies. This led to an increase in the inflow of foreign exchange.

(e) Liberalization of export and import transactions: By simplifying procedures for imports and exports the government wanted to permit the international flow of goods, services, capital, human resources and technology, without many restrictions.