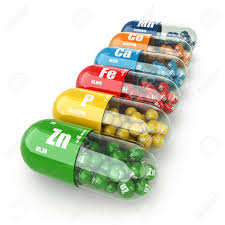 Because of the limited regulation of herbal supplements in the United States, be cautious about using any herb. Read reports on clinical studies about safety and effectiveness, and tell your doctor if you're using herbal products.

Toxic chemicals called pyrrolizidine alkaloids contained in these herbs may cause liver disease, lung problems and possi-bly even cancer, especially with long-term use.

Some cases of liver disease have been linked to the use of this herb. It's touted as a cure for cancer and as a substance that slows aging, 'cleanses' the blood and helps treat skin prob-lems, but no evidence supports these claims.

• Ephedra (ma-huang) and some substitutes

This popular herb, once found in several weight-loss products, contains ephedrine, which can stimulate your heart and nervous system to dangerous levels, causing a heart attack, seizure, stroke or sudden death. In 2004, the FDA banned the sale of ephedra. In addition, the FDA states that some ephedra substi-tutes, such as bitter orange (Citrus aurantium), may present serious health risks.

Evidence doesn't support claims that this herb promotes good health, fights AIDS, cancer and other illnesses, or helps treat heavy metal (mercury) toxicity. However, there have been numerous reports of kidney failure, nerve damage and even some deaths linked to this herb.

Also called kava kava, this herb is used for anxiety and insom-nia. Reports of severe liver damage linked to its use have caused several European countries to pull it off the market. The FDA has issued warnings but not banned sales. Until more is known, don't take kava or products that contain it. If you've been using it, ask your doctor if you need tests to check your liver function.

Yohimbe can cause serious side effects, including tremors, anxiety, high blood pressure and rapid heart rate.

Exercise caution if using these herbs and many others:

Taken in high doses or combined with other blood thinners, such as warfarin (Coumadin), aspirin or other nonsteroidal anti-inflammatory drugs (NSAIDs), each of these herbs could increase the risk of bleeding problems.

Used for mild to moderate depression, St. John's wort can alter the effects of many common prescription drugs, such as warfarin, heart drugs or seizure medications.