Asystem under thermodynamic control is in a state of equilibrium, and its signal has a constant, or steady-state value .

Asystem under thermodynamic control is in a state of equilibrium, and its signal has a constant, or steady-state value (Figure 13.1a). When a system is under kinetic control, however, its signal changes with time (Figure 13.1b) until equilibrium is established. Thus far, the techniques we have considered have involved measurements made when the system is at equilibrium. 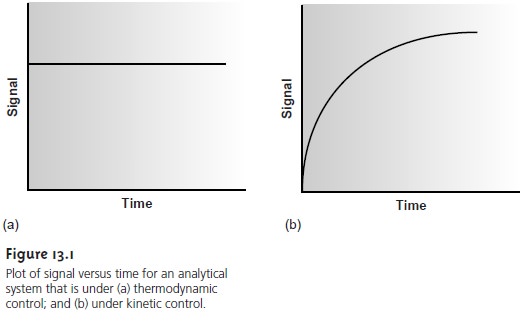 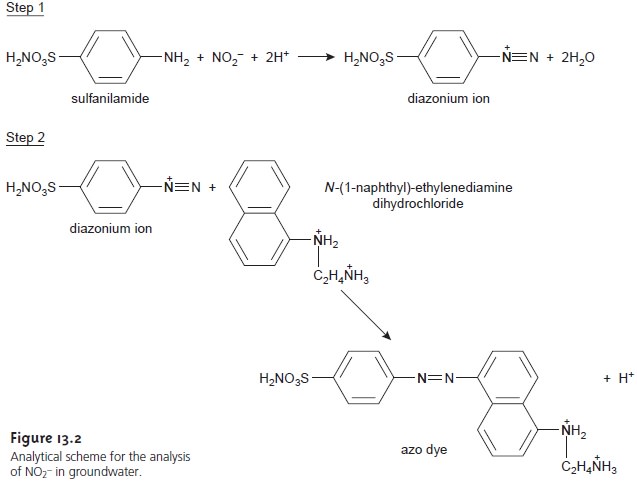 There are many potential advantages to kinetic methods of analysis, perhaps the most important of which is the ability to use chemical reactions that are slow to reach equilibrium. In this we examine three techniques that rely on measurements made while the analytical system is under kinetic rather than thermodynamic control: chemical kinetic techniques, in which the rate of a chemical reaction is measured; radiochemical techniques, in which a radioactive element’s rate of nuclear decay is measured; and flow injection analysis, in which the analyte is injected into a continuously flowing carrier stream, where its mixing and reaction with reagents in the stream are controlled by the kinetic processes of convection and diffusion.