The device that converts dc power into ac power at desired output voltage and frequency is called an inverter. 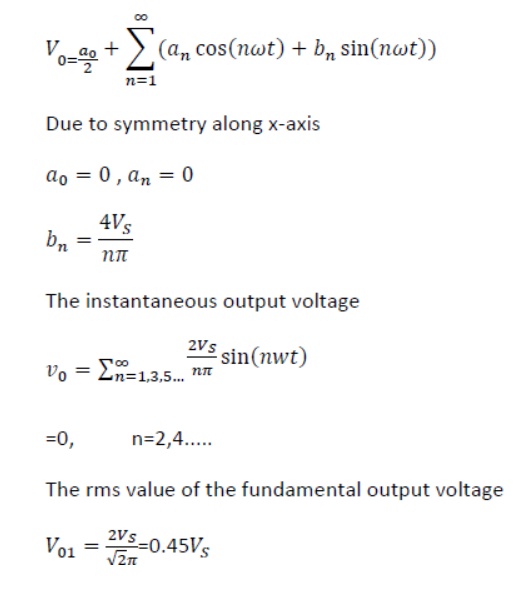 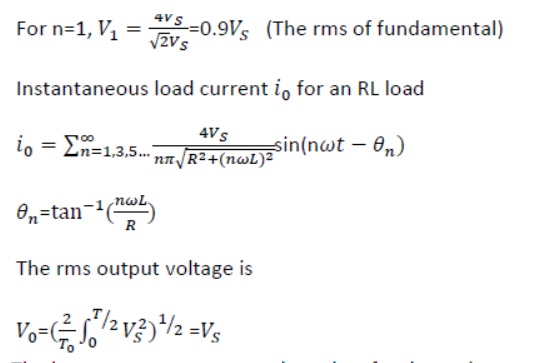 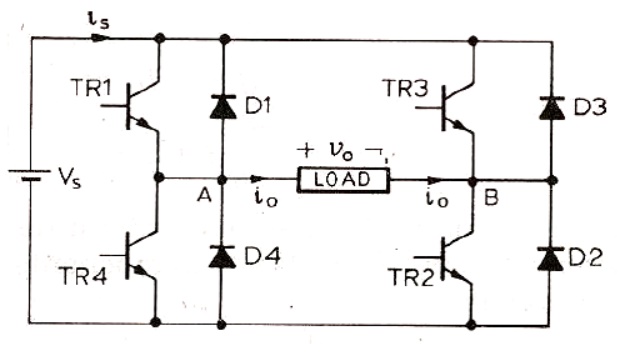 Inverters are of the two types 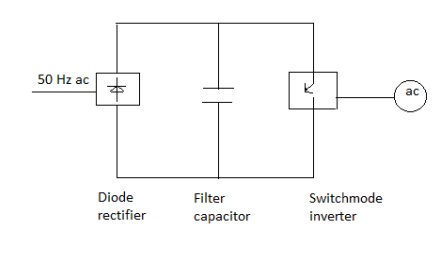 The VSI can be further divided into general 3 categories: 1.Pulse width modulated inverters 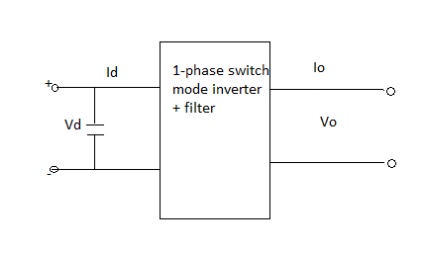 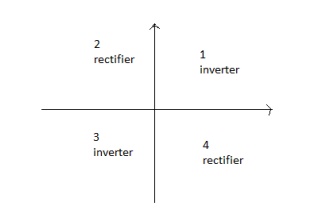 During interval 1 v0 and i0 both are positive

During interval 3 v0  and i0  both are negative

Therefore during 1 and 3 the instantaneous power flow is from dc side to corresponding to inverter mode of operation.

In contrast during interval 2 and 4 v0  and i0  are of opposite sign i.e. power flows from ac side to dc side corresponding to rectifier mode of operation.

The control signal has frequency fs and is used to modulate the switch duty ratio. f1 is the desired fundamental frequency of the output voltage.

The amplitude modulation ratio ma  is defined as

V control is the peak amplitude of control 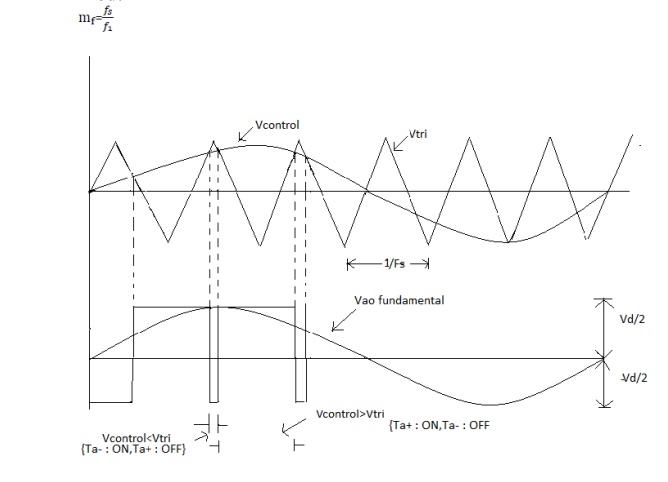 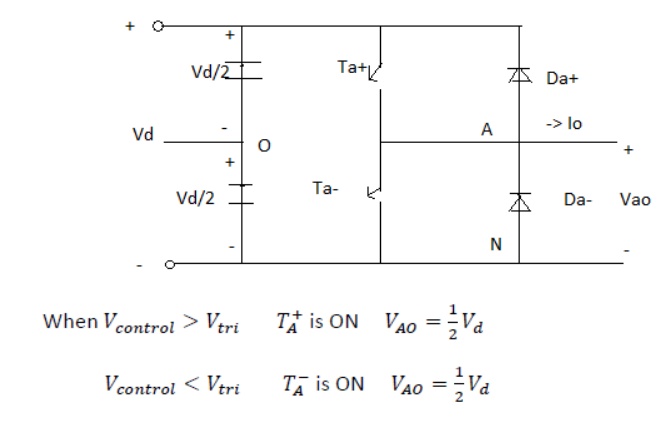 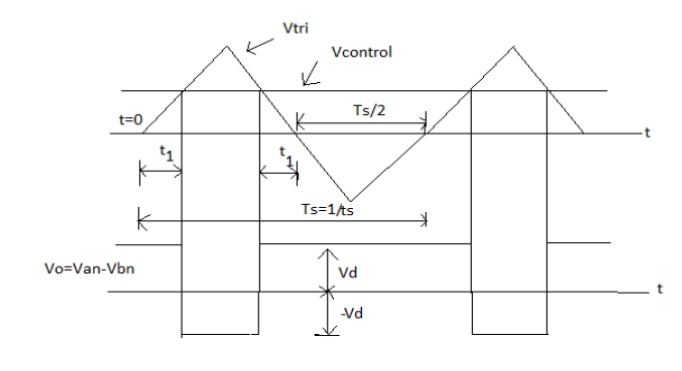 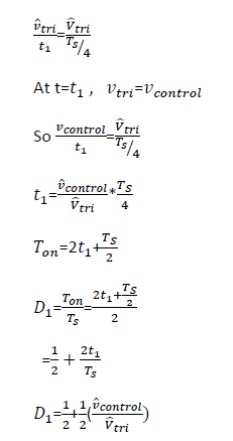 The gating signal has to be displaced by 1200 with respect to each other so as achieve three phase balanced voltages.

A 3-phase output can be achieved from a configuration of six transistors and six diodes.

Two type of control signal can be applied to transistors, they are such as 180 or 120 conduction.

When When O1 is switched on, terminal a is connected to the positive terminal of dc input voltage.

When O4 is switched on terminal a is brought to negative terminal of the dc source. There are 6 modes of operation is a cycle and the duration of each mode is 600.

The conduction sequence of transistors is 123,234,345,456,561,612. The gating signals are shifted from each other by 600 to get 3-ϕ  balanced voltages.Switching states for the three phase voltage inverters 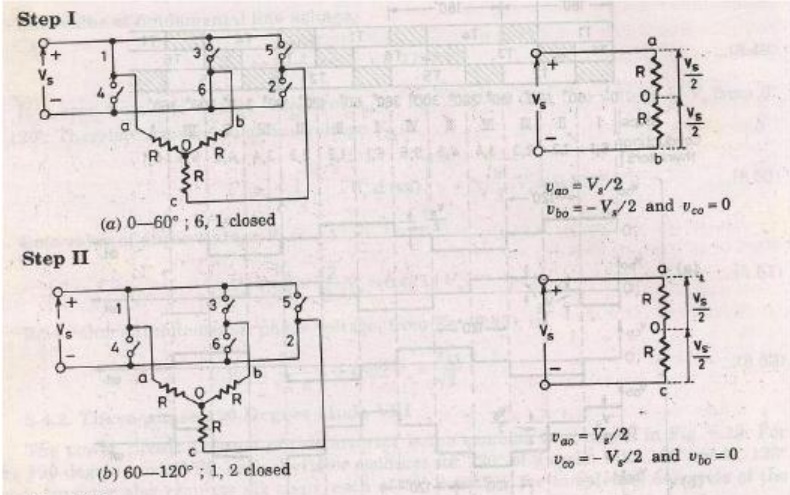 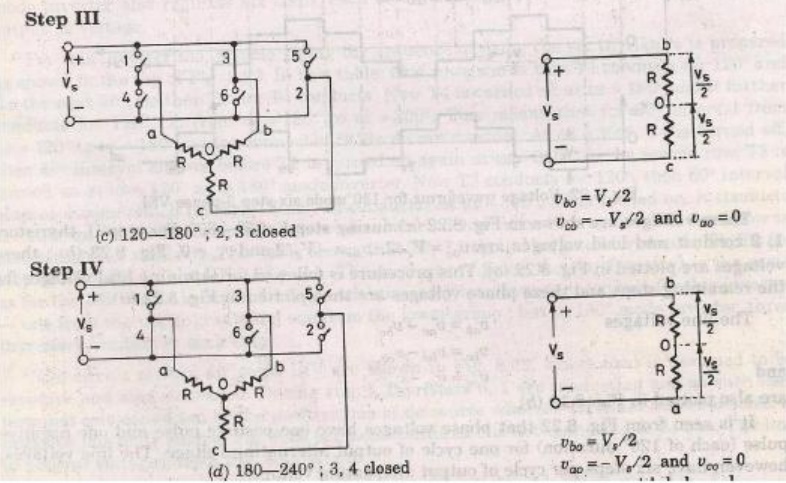 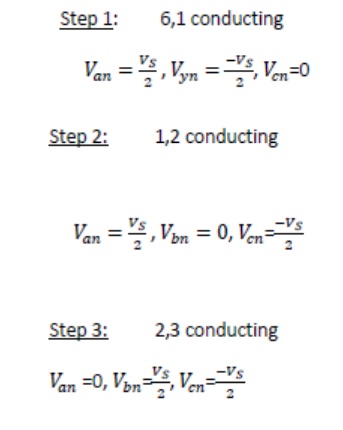 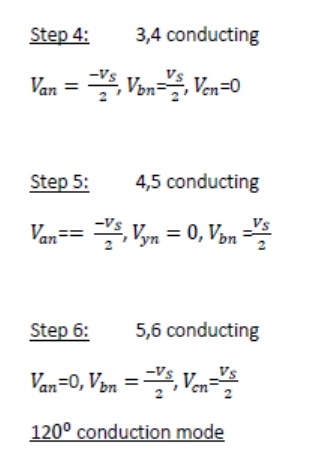 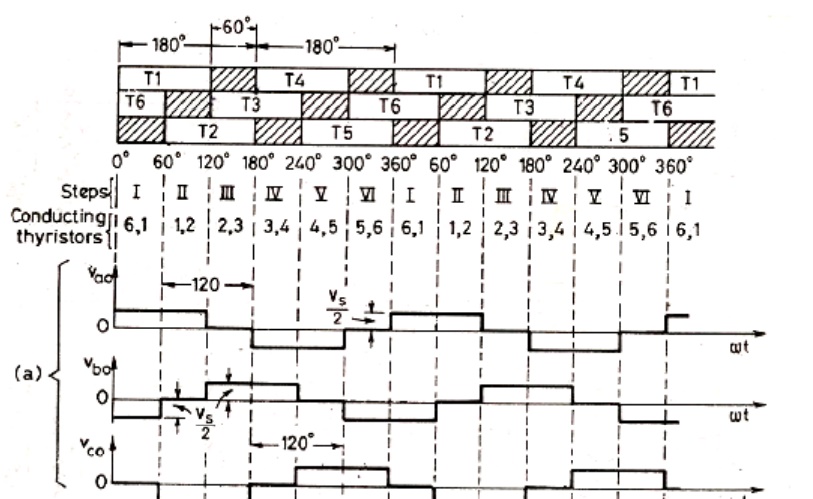