Gun effect was first observed by GUNN in n_type GaAs bulk diode. According to GUNN, above some critical voltage corresponding to an electric field of 2000-4000v/cm, the current in every specimen became a fluctuating fuction of time. The frequency of oscillation was determined mainly by the specimen and not by the external circuit.

2)What are the factors reducing efficiency of IMPATT diode?

3) What is Transferred electron effect?

Some materials like GaAs exhibit negative differential mobility, when biased above a threshold value of

the electric field. This behavior is called transferred electron effect. The electrons in the  lower energy

band will move to the higher energy ban d its called TED.

4) What are the factors reduces the efficiency in Impatt Diode

5)Mention the ideal characterize of dielectric material in MMIC?

7) What are the necessary condition for Gunn diode

This mode is defined in the region when the fL value is about 107 cm/s and the n0/L > 1012 cm2. In this region the device is unstable because of the cyclic formation of either the accumulation layer or the high field domain.

9)What are the two modes available in negative resistance devices? 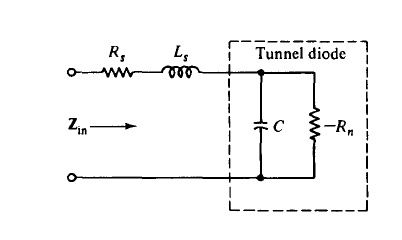