2.     What are the assumptions made in theo ry of torsion.

(iii)     The shaft is of uniform circular se ction throughout.

(iv)      Cross-Sections of the shaft, whic h are plane before twist, remain plane after t wist.

Polar modulus is defined as the ratio of the polar moment of inertia to the radius of the shaft.

We know the torsion equation

Since C, l and J are constant for a given shaft, ? (angle of twist) is directly proportional to T (torque). The term CJ is known as torsional rigidity.

The equivalent twisting moment (Te) may be defined as the torque which will produce the same maximum shear stress as produced by the bending moment and the torque separately.

i). The torque transmitted by the hollow shaft is grater than the solid soft.

ii). For same material, length and given torque, the weight of the hollow shaft will be less compared to solid shaft.

Spring is a device which is used to absorb energy by very large change in its form without permanent deformation, and then release the same when required.

9.  What is meant by stiffness?

The stiffness of the spring is defined as the load required to produce unit deflection.

10. What are the different types of springs?

11. What is torsion spring?

A torsion spring is the one which is subjected to a twisting moment and the resilience is mainly due to torsion.

12. What is bending spring?

A bending spring is one which is subjected to bending only and resilience is mainly due to bending.

13.  What are the stresses are induced in the spring?

14. Explain the springs in parallel.

When two springs are joined in such a manner that they have common deflection they are said to be connected in parallel.

15. Explain the springs in series.

In many situations, the combination of two or more springs either may be connected in series or parallel are required.

16. What are the applications of closed coiled helical spring?

a)     Adjacent coils are very close to each other

b)    Only tensile load can carry

a)     Large gap between adjacent coils

b)    Tensile and compressive loads can carry.

18. What is meant by stiffness of a spring and write an expression for it.

Stiffness (K) of a spring is a measure of its capacity and is defined as the load required producing unit deflection. K = P/d Where, P - Load, d - Deflection

Buffer spring is mostly used in Railway wagons. The shock between two colliding bodies may be softened or cushioned by means of buffers.

20. Write an expression for the angle of twist for a hollow circular shaft with external diameter D, internal diameter d, length l and rigidity modulus G.

a) The torque transmitted by the hollow shaft is grater than the solid shaft.

b) For same material, length and given torque, the weight of the hollow shaft will be less Compared to solid shaft

22. Write down the equation for shear strain energy of closed coiled spring.

Leaf springs are called as laminate springs are commonly used in carriages such as Cars, Lorries and Railway wagons.

27. What are the applications of leaf spring?

Leaf springs are commonly used in carriages such as Cars, Lorries and Railway wagons shocks of vehicles given unpleasant felling to the passengers and hence springs are used to absorb such shocks.

28. What types of stresses are caused in a beam subjected to a constant shear force? 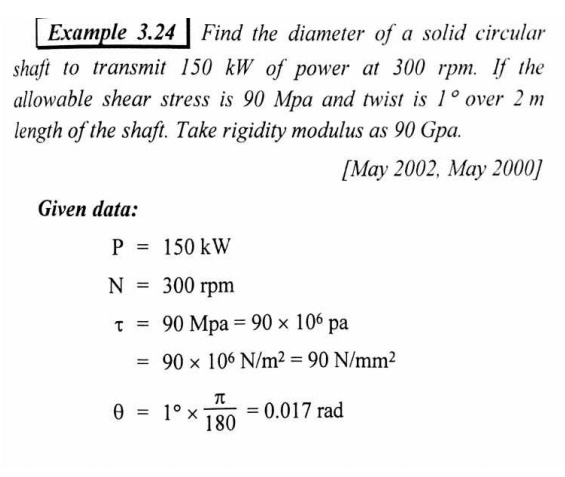 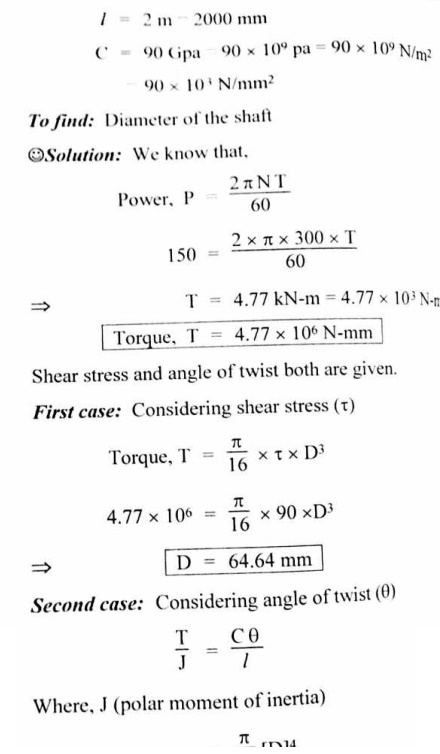 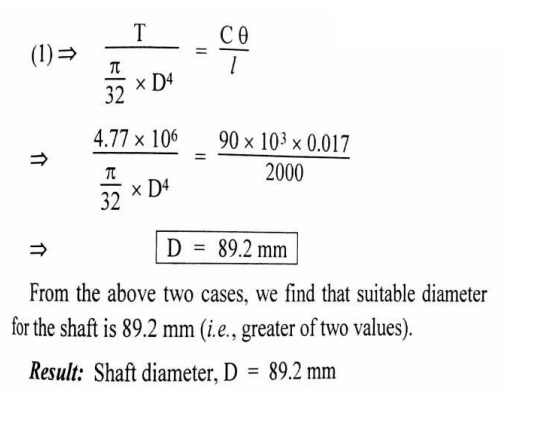 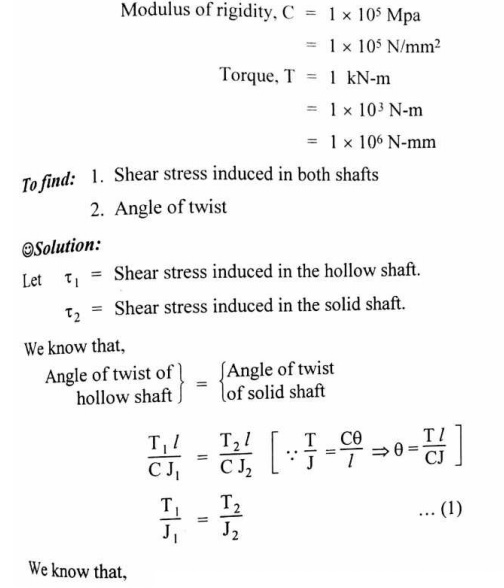 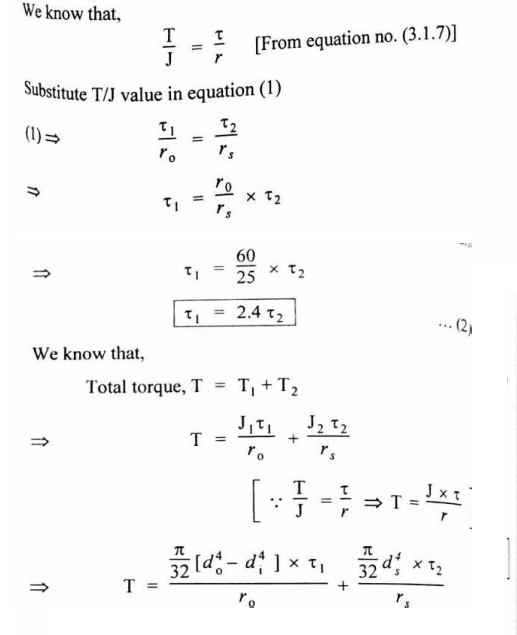 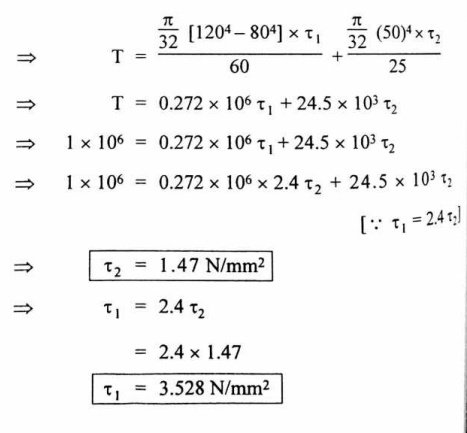 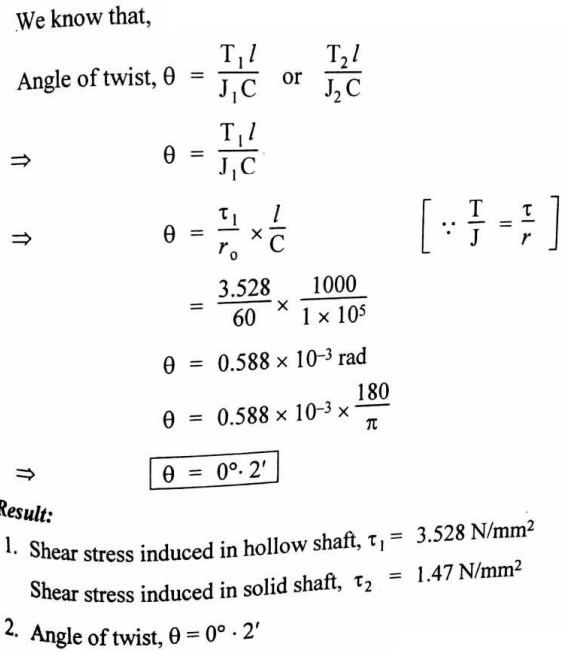 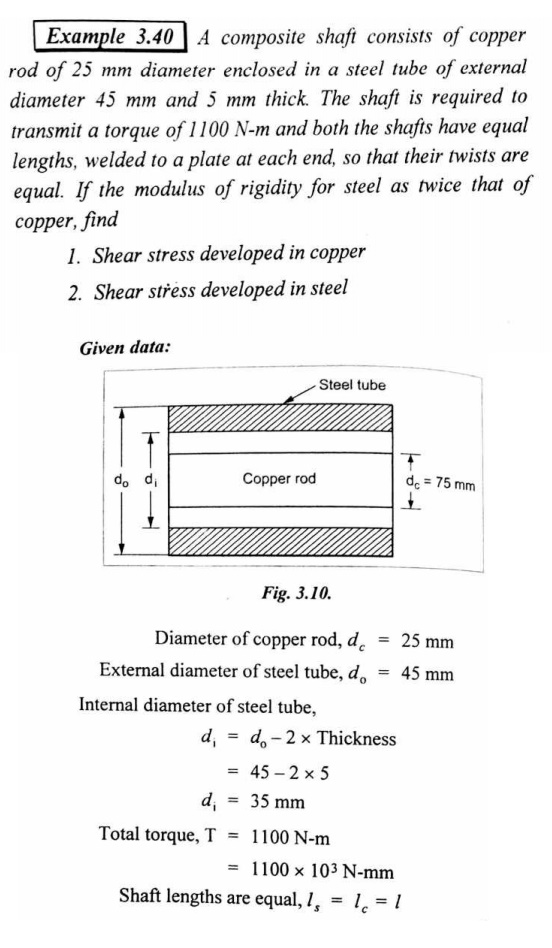 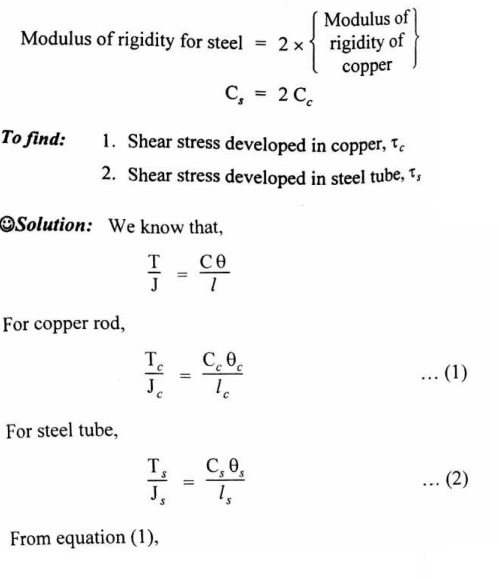 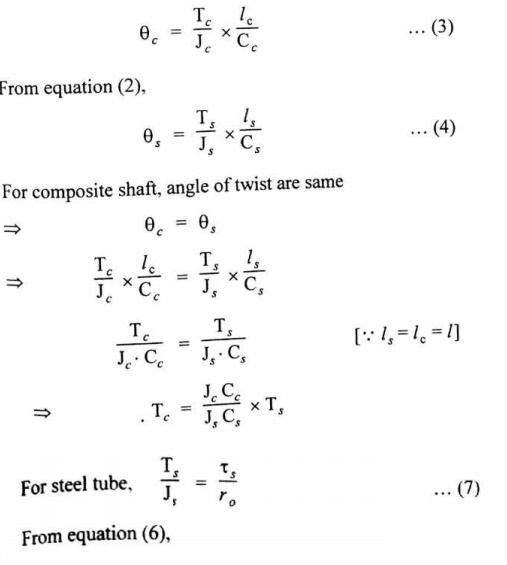 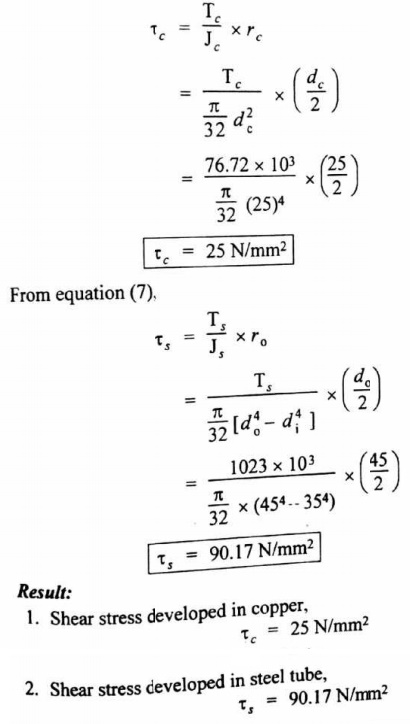 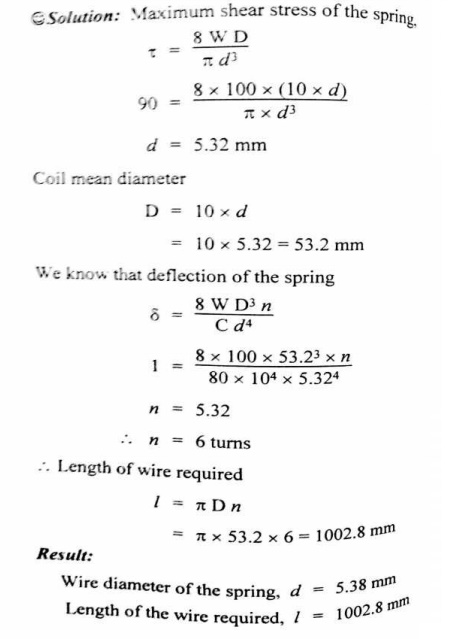 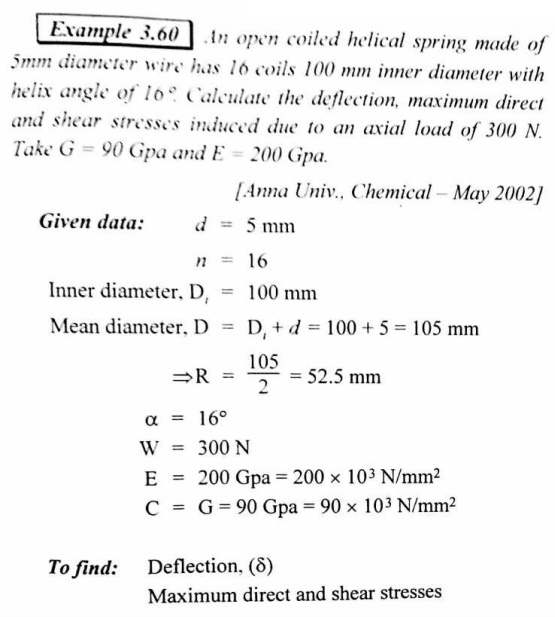 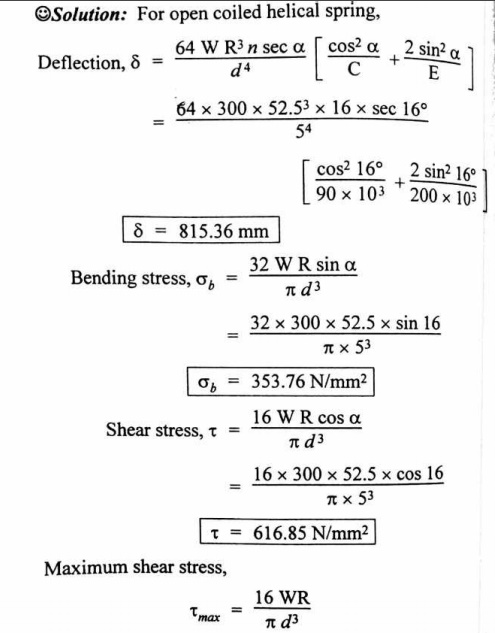 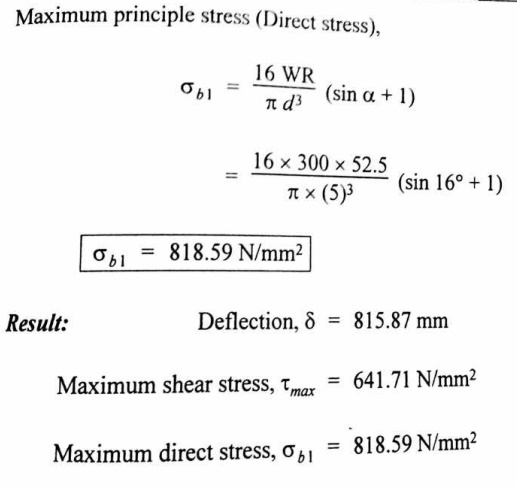