The force between two charged bodies was studied by Coulomb in 1785.

Let q1 and q2 be two point charges placed in air or vacuum at a distance r apart . Then, according to Coulomb's law, 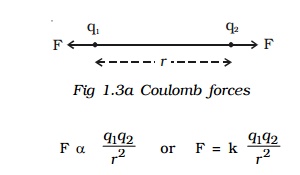 where k is a constant of proportionality. In air or vacuum,

One Coulomb is defined as the quantity of charge, which when placed at a distance of 1 metre in air or vacuum from an equal and similar charge, experiences a repulsive force of 9 x 109 N.

If the charges are situated in a medium of permittivity ?, then the magnitude of the force between them will be, 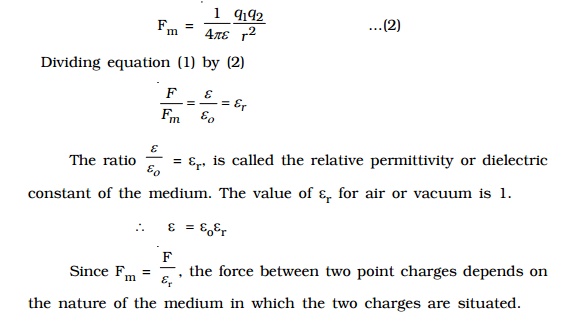 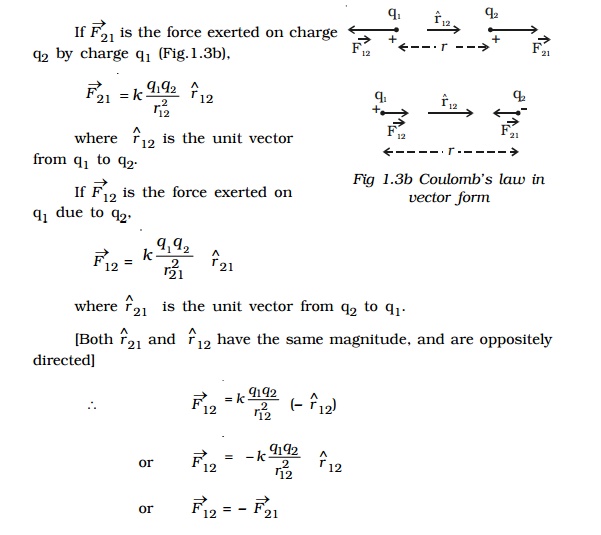 So, the forces exerted by charges on each other are equal in magnitude and opposite in direction.

The principle of superposition is to calculate the electric force experienced by a charge q1 due to other charges q2, q3 ..... qn.

The total force on a given charge is the vector sum of the forces exerted on it due to all other charges. 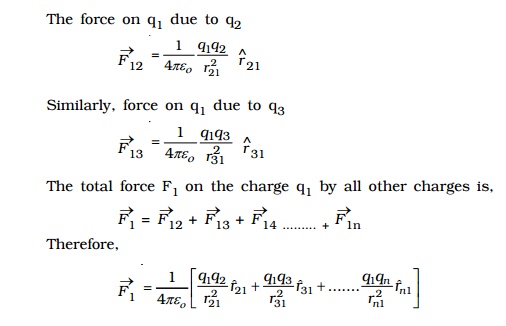 Electric field due to a charge is the space around the test charge in which it experiences a force. The presence of an electric field around a charge cannot be detected unless another charge is brought towards it.

When a test charge qo is placed near a charge q, which is the source of electric field, an electrostatic force F will act on the test charge.

It is a vector quantity.

The unit of electric field intensity is N C?1.