As mentioned earlier, the Nervous System comprises of the brain, the spinal cord, the nerves emanating from them and their innervations of muscle fibres (i.e. peripheral nervous system).

As mentioned earlier, the Nervous System comprises of the brain, the spinal cord, the nerves emanating from them and their innervations of muscle fibres (i.e. peripheral nervous system). The brain immediately confronts us with its great complexity. The human brain weighs only 1200 to 1400 gms. but contains about 100 billion neurons. Although that extraordinary number is of the same order of magnitude as the number of stars in the Milky Way, it alone cannot account for the complexity of the brain. A major part of the complexity arises from the rich diversity of nerve cells, or neurons, which the famous neuroanatomist Ramon y Cajal described as “the mysterious butterflies of the soul”. 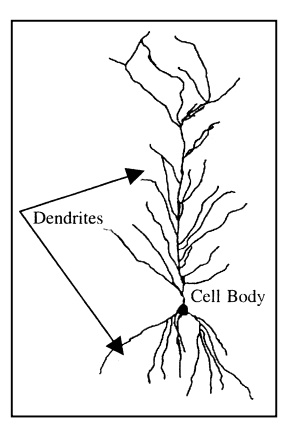 Neurons, or nerve cells, are the basic building blocks of the brain. A neuron has three main parts - a cell body containing the nucleus, dendrites which are specialized branches for receiving information from other neurons, and axons which are specialized branches for sending out information to other neurons. A neuron that has been excited conveys information to other neurons by generating electrical impulse known as action potentials. These signals propagate like waves down the length of the cell’s single axon and are converted to chemical signals at synapses, the contact point between neurons. When the impulse reaches the axon terminals of the presynaptic neuron, it induces the release of neurotransmitter molecules. 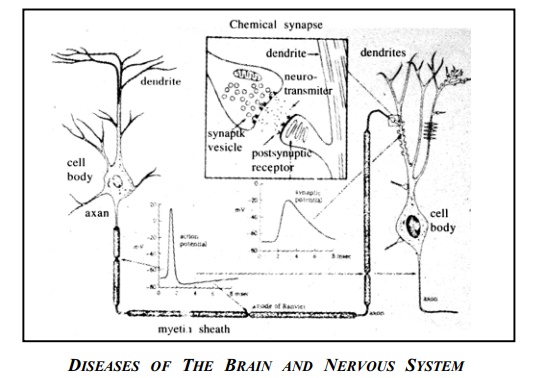 Transmitters diffuse across a narrow cleft and bind to receptors in the postsynaptic membrane. Such binding leads to the opening of ion channels and often, in turn, to the generation of action potentials in the postsynaptic neuron. This, in short, is how neurons communicate.

Many different kinds of neurotransmitters have been identified in the brain, and this variety has enormous implications for brain function. This level of analysis at the synaptic level is particularly relevant for psychiatric and neurological disorders that shed light on the workings of the mind. Further insight into the chemical basis of thinking and behavior depends on obtaining more precise data at multiple levels of neural organization - from the mind all the way down to molecules. 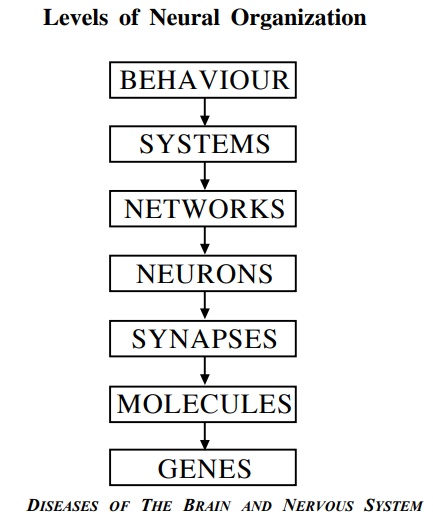 Neuroscience has rapidly emerged as a frontier area of cutting - edge research due to major discoveries at all of these levels of investigation - starting from psychiatry at one end to molecular neurobiology and neurogenetics at the other. The power of the molecule-to-mind approach is evident in many recent advances in the pharmacologic treatment of many debilitating mental disorders such as schizophrenia, anxiety, amnesia, etc.