Automation is the technology by which a process or procedure is accomplished without human assistance. It is implemented using a program of instructions combined with a controt system that executes the instructions, To automate a process.power is required, both to drive the process itself and to operate the program and control system.

Basic  Elements   of  an  Automated System

Power  to  Accomplish the  Automated Process

Automation is the technology by which a process or procedure is accomplished without human assistance. It is implemented using a program of instructions combined with a controt system that executes the instructions, To automate a process.power is required, both to drive the process itself and to operate the program and control system. Although automation can be applied in a wide variety of areas, it is most closely associated with the manufacturing industries. It was in the context of manufacturing that the term was originally coined hy an engineering manager at Ford Motor Company in 1946 to describe the varicty of automatic transfer devices and feed mechanisms that had been installed in Ford's production plants (Historical Note 3.1), It is ironic that nearly all modern applications of automation are controlled by computer technologies that were not available in 1946.

In this pat of the book, we examine technologies that have been developed to uutamale manufacturing operations. The position of automation and control technologies in the larger production system is shown in Figure 3.1. In the present chapter, we provide an 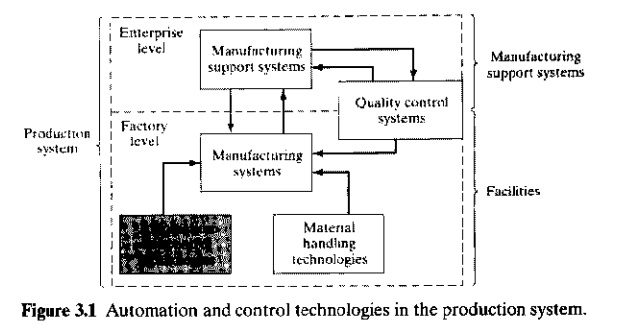 Figure  3.1 Automation  and control technologies  in the production  system.

overview of automation: What are the elements of an automated system? What are some of the advanced features beyond the basic elements? And what are the levels in an enterprise where automation can be applied? In the following two chapters, we discuss industrial control systems and the hardware components of these systems. These two chapters serve as a foundation for the remaining chapters in our coverage of automation and control technologies. These technologies are: (1) numerical control (Chapter 6), (2) industrial robotics (Chapter 7), and (3) programmable logic controllers (Chapter 8).

The history of automation can be traced to the development of basic mechanical devlcea such as the wheel (circa 3200 B.C.), lever, winch (circa 600 B.C.), cam (circa A.D. 1000), screw (A.D. 1405). and gear in ancient and medieval times. These basic devices were refined and used to construct the mechanisms in waterwheels, windmills (circa A.D. 650), and steam engines (A.D. 1765).These machines generated the power to operate other machinery of various kinds, such as flour mills (circa 85 B.c.), weaving machines (flying shuttle, 1733),machine tools (boring mill, 1775),steamboats (1787),and railroad locomotives (1803). Power, and the capacity to generate it and transmit it to operate a process, is one of the three basic elements of an automated system.

After his first steam engine in 1765,James Watt and his partner, Matthew Boulton,made several improvements in the design. One of the improvements was the flyingbali governor (around 1785),which provided feedback to control the throttle of the engine. The govemorconsisted of a ball on the end of a hinged lever attached to the rotating shaft. The lever was connectedtothethrottievalve.Astbespeedoftherotatingshaftincreased,the ball was forced to move outward by centrifugal force; this in tum caused the lever to reduce the valve opening and slow the motor speed. As rotational speed decreased, the ball and lever relaxed, thus allowing the valve to open. The flyingball governor was one of the first examples in englneering of feedback control, an important type of contro/systemthe second basic element of an automated system.