What is Theories and Models 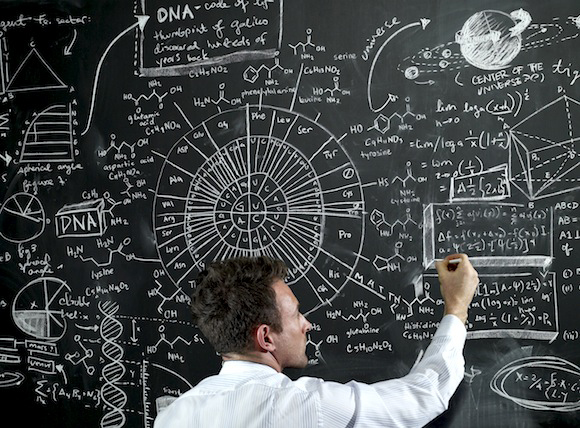 A theory is a set of systematically interrelated constructs and propositions intended to explain and predict a phenomenon or behavior of interest, within certain boundary conditions and assumptions. Essentially, a theory is a systemic collection of related theoretical propositions.

I must note here that people not familiar with scientific research often view a theory as a speculation or the opposite of fact. For instance, people often say that teachers need to be less theoretical and more practical or factual in their classroom teaching. However, practice or fact are not opposites of theory, but in a scientific sense, are essential components needed to test the validity of a theory. A good scientific theory should be well supported using observed facts and should also have practical value, while a poorly defined theory tends to be lacking in these dimensions. Famous organizational research Kurt Lewin once said, 'Theory without practice is sterile; practice without theory is blind.' Hence, both theory and facts (or practice) are essential for scientific research.

Theories provide explanations of social or natural phenomenon. As emphasized in Chapter 1, these explanations may be good or poor. Hence, there may be good or poor theories. Chapter 3 describes some criteria that can be used to evaluate how good a theory really is. Nevertheless, it is important for researchers to understand that theory is not 'truth,' there is nothing sacrosanct about any theory, and theories should not be accepted just because they were proposed by someone. In the course of scientific progress, poorer theories are eventually replaced by better theories with higher explanatory power. The essential challenge for researchers is to build better and more comprehensive theories that can explain a target phenomenon better than prior theories.

A term often used in conjunction with theory is a model. A model is a representation of all or part of a system that is constructed to study that system (e.g., how the system works or what triggers the system). While a theory tries to explain a phenomenon, a model tries to represent a phenomenon. Models are often used by decision makers to make important decisions based on a given set of inputs. For instance, marketing managers may use models to decide how much money to spend on advertising for different product lines based on parameters such as prior year's advertising expenses, sales , market growth, and competing products. Likewise, weather forecasters can use models to predict future weather patterns based on parameters such as wind speeds, wind direction, temperature, and humidity. While these models are useful, they may not necessarily explain advertising expenditure or weather forecasts. Models may be of different kinds, such as mathematical models, network models, and path models. Models can also be descriptive, predictive, or normative. Descriptive models are frequently used for representing complex systems, for visualizing variables and relationships in such systems. An advertising expenditure model may be a descriptive model. Predictive models (e.g., a regression model) allow forecast of future events. Weather forecasting models are predictive models. Normative models are used to guide our activities along commonly accepted norms or practices. Models may also be static if it represents the state of a system at one point in time, or dynamic, if it represents a system's evolution over time.

The process of theory or model development may involve inductive and deductive reasoning. Recall from Chapter 1 that deduction is the process of drawing conclusions about a phenomenon or behavior based on theoretical or logical reasons and an initial set of premises. As an example, if a certain bank enforces a strict code of ethics for its employees (Premise 1) and Jamie is an employee at that bank (Premise 2), then Jamie can be trusted to follow ethical practices (Conclusion). In deduction, the conclusions must be true if the initial premises and reasons are correct.

In contrast, induction is the process of drawing conclusions based on facts or observed evidence. For instance, if a firm spent a lot of money on a promotional campaign (Observation 1), but the sales did not increase (Observation 2), then possibly the promotion campaign was poorly executed (Conclusion). However, there may be rival explanations for poor sales, such as economic recession or the emergence of a competing product or brand or perhaps a supply chain problem. Inductive conclusions are therefore only a hypothesis, and may be disproven. Deductive conclusions generally tend to be stronger than inductive conclusions, but a deductive conclusion based on an incorrect premise is also incorrect.

As shown in Figure 2.3, inductive and deductive reasoning go hand in hand in theory and model building. Induction occurs when we observe a fact and ask, 'Why is this happening?'

In answering this question, we advance one or more tentative explanations (hypotheses). We then use deduction to narrow down the tentative explanations to the most plausible explanation based on logic and reasonable premises (based on our understanding of the phenomenon under study). Researchers must be able to move back and forth between inductive and deductive reasoning if they are to post extensions or modifications to a given model or theory, or built better ones, which are the essence of scientific research.