Nutrient cycles involve storage and transfer of nutrients through different components of the ecosystem, so that the nutrients are repeadly used.

v   Nutrient cycles involve storage and transfer of nutrients through different components of the ecosystem, so that the nutrients are repeadly used.

Gaseous cycle: Those elements in which the reservoir is the air or the oceans (via evaporation). Gaseous cycles include those of Carbon, Nitrogen, Oxygen, Carbon, and Water.

Sedimentary cycle: Those elements which are received from the Earth’s crust. Sedimentary cycles include those of iron, calcium, phosphorus, and other more earth bound elements.

v   Nitrogen is crucial for all organisms

v   N2 is very stable and must be broken apart by organisms, combined with other atoms into a usable form.

Roots absorb NH3, NH4, or NO3 and incorporate them into nucleic acids and protein.

The reduction of NO3 to N2 .Denitrifying bacteria return some of the nitrogen to the atmosphere 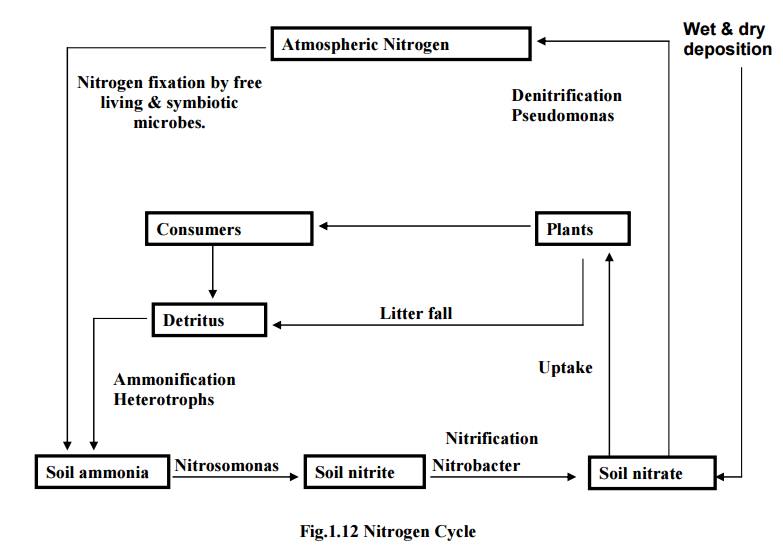 §    Bacteria process carbon in a fashion that allows it to be recycled.

§    Obtain energy from the molecules, and convert carbohydrates to carbon dioxide as a result of respiration. 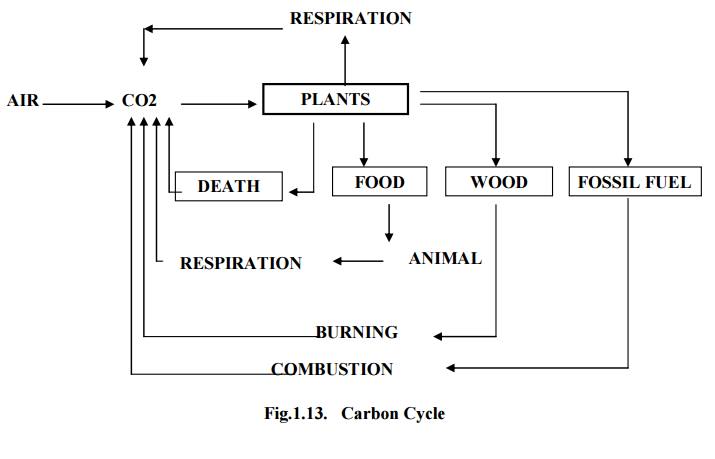 v   The only cycle that does not have a gaseous state

v   Inorganic phosphate PO43-  is released from rocks and sediments through the action of erosion.

v   Soil PO43-  is absorbed by plants and incorporated into nucleic acids, phospholipids and ATP.

v   Animals obtain most of their PO43- by consumption of other animals and from water.

v   PO43- is released to the soil again by decomposers.

•      Dissolved PO43- gets absorbed by algae and aquatic plants

•      Decomposers break down waste and returns PO43- to sediments on the seabed.

•      Some returns to terrestrial environment through geologic processes and via seabirds. Guano 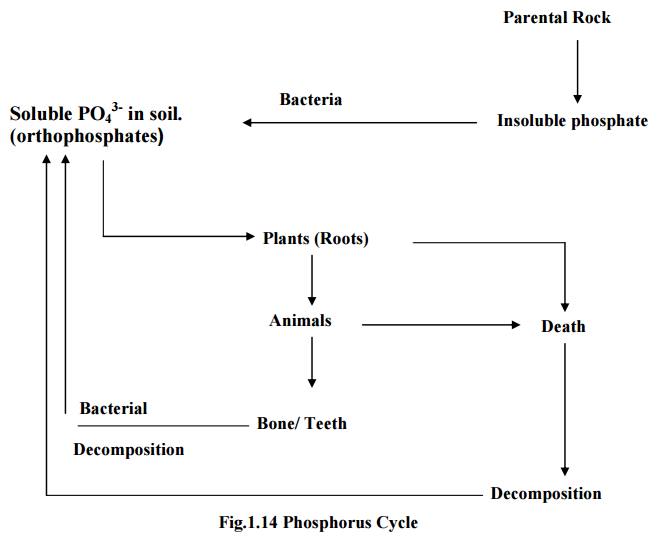